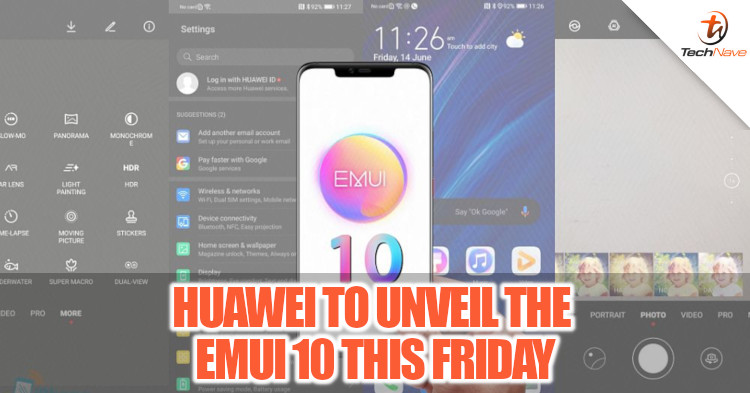 Huawei has announced that the EMUI 10 will be officially released on the first day of the Huawei Developer Conference, which is happening from 9 to 11 August 2019. The EMUI 10 is a custom skin developed by Huawei, which is installed on top of the Android Q operating system by Google to provide additional functionality and look. More information such as new features, as well as a “mysterious technology” will be unveiled during the developer conference this Friday, based on a statement by a Huawei representative. In addition to that, Huawei could give us a glimpse as to look forward to from the upcoming HongMeng OS as well.

That all being said, upcoming Huawei Mate 30 series could be the first batch of smartphones to come equipped with the latest EMUI 10. Would you be interested in updating your device to the latest EMUI update? Let us know on our Facebook page and for more updates like this stay tuned to TechNave.com.