The Huawei FreeBuds 4i are Huawei’s latest TWS or True Wireless Stereo headsets and they also come with Active Noise Cancellation or ANC for below RM400. Are they the TWS for you? Read on and find out.

Going for a circular yet compact design, the Huawei FreeBuds 4i case is portable and easy to carry about. There’s a USB Type C port on a side, a status LED right below the Huawei brand and side button. The lid flips open to reveal the FreeBuds 4i earbuds. 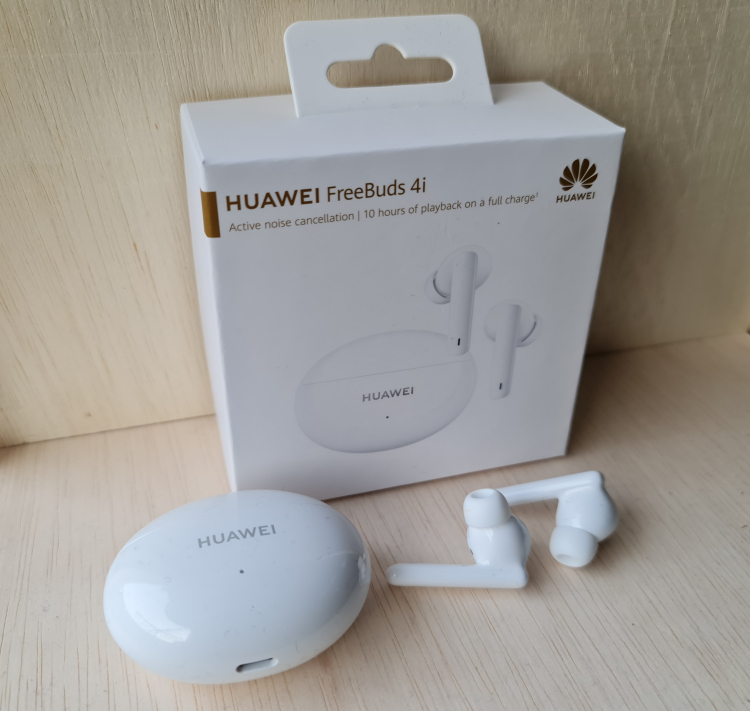 The Huawei FreeBuds 4i come with a compact charging case 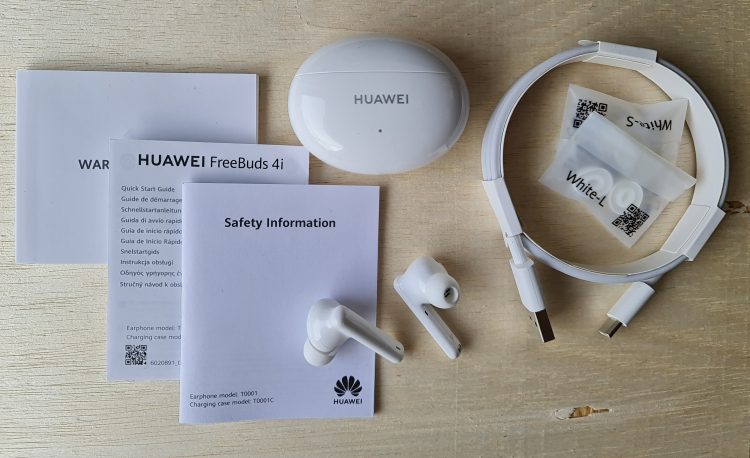 Looking much like the Apple AirPods Pro, the FreeBuds 4i follow the same overall look with a few sharper angles here and there. They fit easily and securely in the ear though and even come with L, M and S sized silicone replacement tips, so you can customize it for your ear size. Once you put them in your ears, they’re quite comfortable and don’t easily fall out, even with some serious headbanging.

The first time I listened to them, the Freebuds 4i almost seemed like they had an echo going on but after I got used to it, it’s just really strong treble performance. This results in crystal clear audio for songs with singing voices but not so much in terms of bass. To put this into perspective, listening to Whitney Houston’s “I will always love you” on the FreeBuds 4i is awesome but not so much the Game of Thrones intro theme. 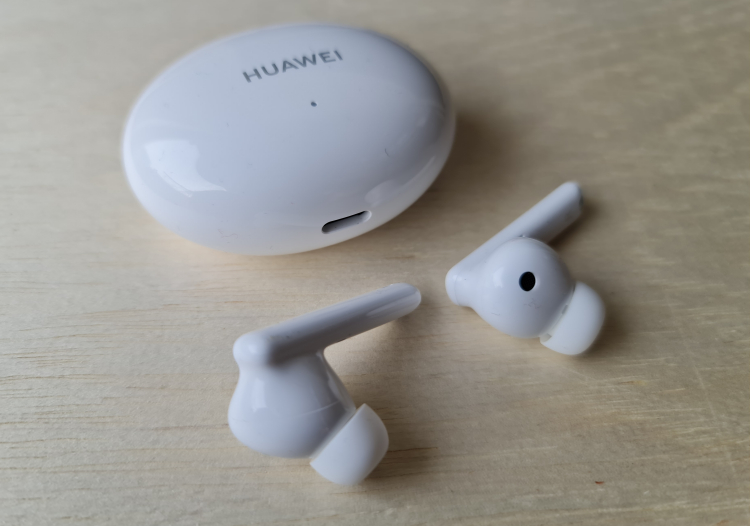 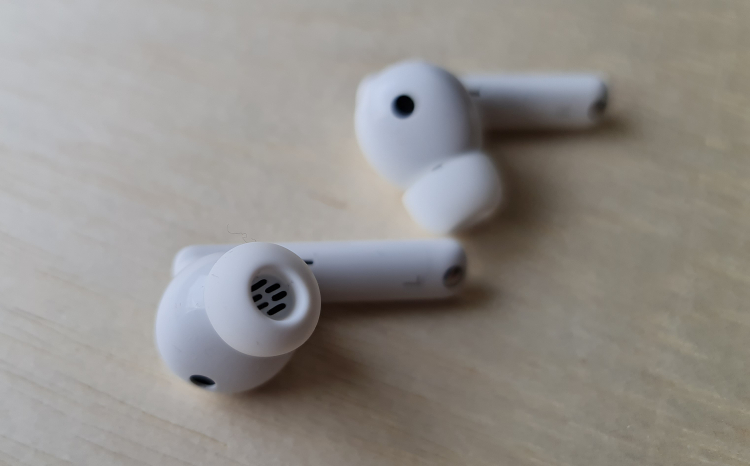 The Huawei FreeBuds 4i are comfortable to use

To be honest, I’m not so sure that linking this kind of functionality to the FreeBuds 4i case lid was a good idea though as the lid is a bit flimsy. A little bump or even just a bit of force seems strong enough to break the lid off even when it’s closed. 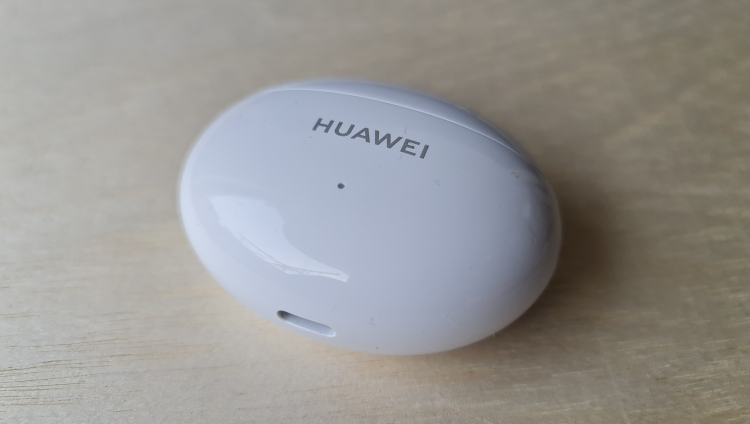 There's a button cleverly disguised on the side

Controls are done through touch sensors on the earbud stem, so a double tap to pause and play or answer calls and a long hold to activate ANC. These are responsive most of the time (you can easily miss the touch area though), but there’s a definite lag between the double tap and the pause or replay action.

The Dynamic Active Noise Cancelling or ANC work quite well for constantly and regularly repeating noise, so they do block out stuff like the rain, the hum of an aeroplane and so forth. However, they don’t block out voices and other noises completely, so you can still hold a conversation with the FreeBuds 4i still in your ears. 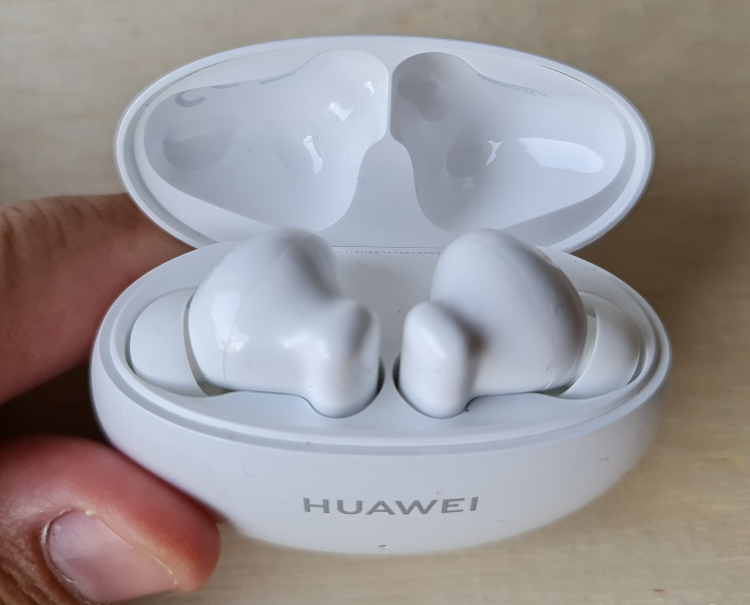 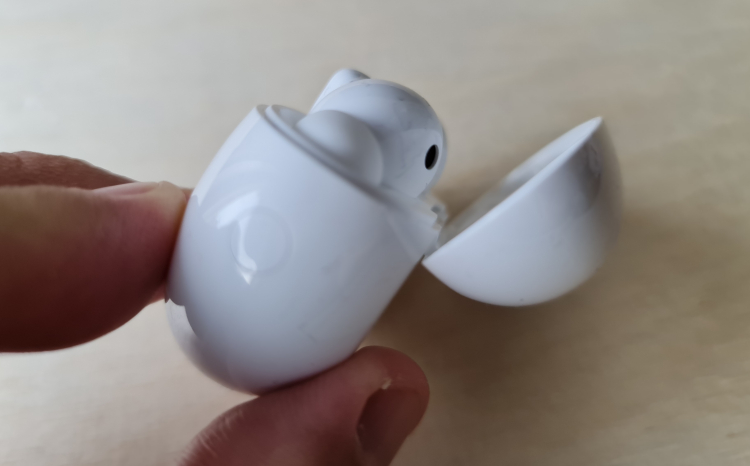 The lid is rather flimsy to be honest

Connection range and stability are superb and the FreeBuds 4i are by far the best TWS in terms of this aspect I’ve tried so far. I got crystal clear audio even on the outskirts of the usual 10m range and behind doors or other rooms (yep, passed the bathroom test with flying colours).

Call quality was also excellent with clear audio from calls while those on the other side said that this was the same for them as well. This means that they should also be fine with online meetings and so forth. For games, the FreeBuds 4i work quite well with almost no lag at all. According to Huawei, the FreeBuds 4i have 10 hours worth of continuous music playback on their own and 22 hours with the case. All we know is that we haven’t had to charge them yet over the course of a week and several days. Huawei also said that you can get 4 hours of battery in 10 minutes via the FreeBuds 4i fast charging.

Overall, the Huawei FreeBuds 4i are excellent TWS that work well over long distances and have pretty good battery life. You probably won’t like them if you’re used to TWS with Extra Bass but for everything else including gaming, the FreeBuds 4i are simply superb, especially if you own a Huawei phone. Just be careful with the flimsy case lid and you should be fine.

In terms of the price, the FreeBuds 4i are surprisingly affordable at a brand spanking new pricing of just RM379 (but there’s also an RM60 discount you can get for an RM319 price tag, at least up until 31 March 2021). The closest TWS in that price range and features are the Edifier GM5 - Hecate which costs less but is designed more for gaming. What do you think? Would you be interested in the Huawei FreeBuds 4i? Let us know on our Facebook page or in the comments below and stay tuned to TechNave.com

Here are the Tech Specs and features for the Huawei FreeBuds 4i:

Pros: Works well for everything including gaming. Super light and comfortable. Works better for Huawei phones.

Summary: Affordable premium TWS with all the bells and whistles including dynamic ANC, low latency, fast charging and more.