Current Location: Home > News > Huawei Malaysia’s 50% off Online IT Fair sale is on with up to RM500 discounts and more + price cuts and 2-year extended warranty 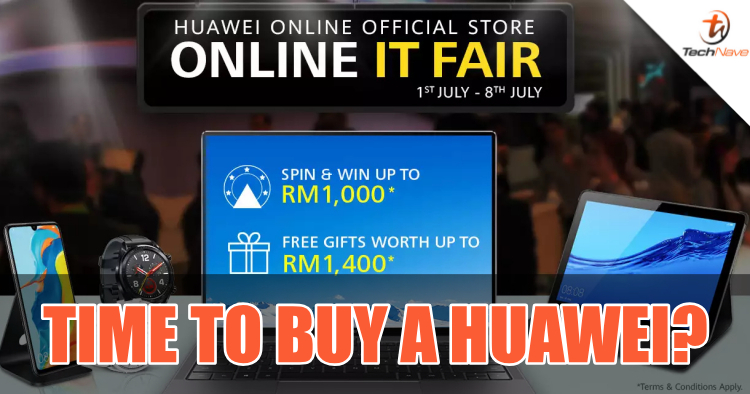 Huawei Malaysia have kicked off their Online IT Fair starting from today until 8 July 2019 with 50% discounts, daily flash deals, the chance to spin and win up to RM1000 store vouchers and more. Today’s major 50% deal is the Huawei WiFi Q2 5GHz mesh WiFi system normally RM999 but now priced at RM499 but the latest 8GB RAM + 256GB storage P30 Pro is also going for RM3399 (RM400 off of the usual RM3799) and you can also get a bit more off with the RM20 store wide voucher.

The flash deals do have limited units though, but there’s upcoming flash deals on the MateBook 13, M3 Lite tablet and TalkBand B5. There’s also discounts on the Huawei P30, nova 4 and nova 3i along with free gifts for certain devices as well. So, if you’ve been holding off from buying a Huawei device (for whatever reason) then now should be a good time to go for it. While you're considering, do check out TechNave.com or the new app to compare tech specs, reviews and prices.

[Update] Huawei Malaysia have also announced that their Huawei P30 Pro (8GB + 256GB variant), HUAWEI P30 and HUAWEI nova 3i are getting permanent price cuts down to RM 3399, RM 2299 and RM799 respectively. In addition, Huawei Malaysia are also offering a One Year Warranty Extension for their Mate 20 series, P30 Series, nova 4 Series, MediaPad M5 Series and nova 3i so if you buy any of them, you’ll get a total of 2-years extended warranty. 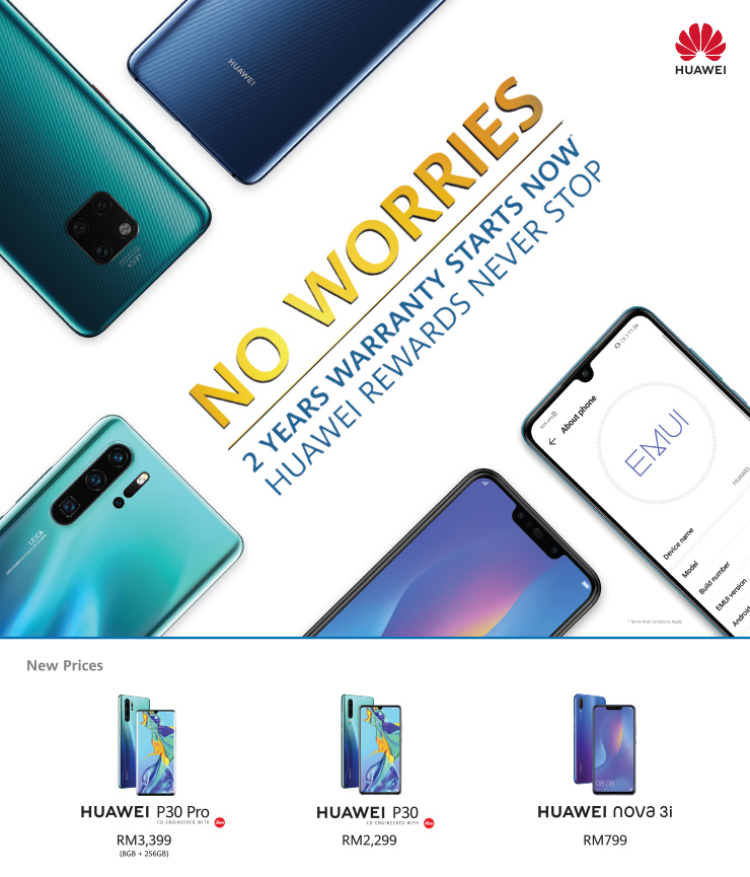