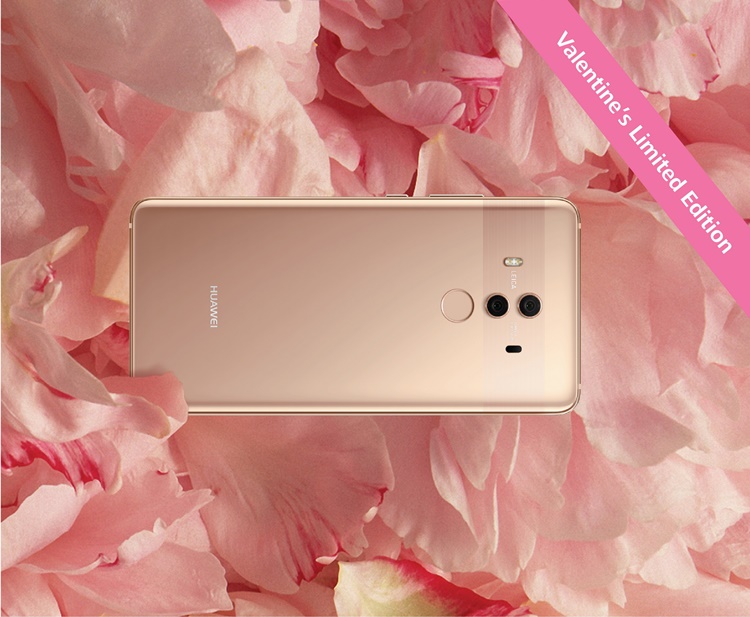 As mentioned in our previous post about a pink Huawei Mate 10 Pro, Huawei Malaysia has made it official so starting on 8 February 2018 onwards, the new Pink Gold limited edition will be available for RM3099. On top of that, there is also a social contest on their Facebook page and everyone who participates will stand a chance to win a Huawei Watch Swarovski edition that's worth RM2299.

To join the contest, participants can just express their 'love' in any kind of form of poetry, drawing, story, pictures and any other creative methods on Huawei's official Facebook page. The winner will be chosen based on the most number of likes and will also be announced on White Valentine’s Day which is 14 March 2018. That's it!

The Mate 10 Pro is the latest Huawei flagship that features the world's first Kirin Artificial Intelligence (AI) processor, the Kirin 970, as well as sporting a 4000mAh battery and Leica lens for its camera set. It's also available in Mocha Brown and Midnight Blue.