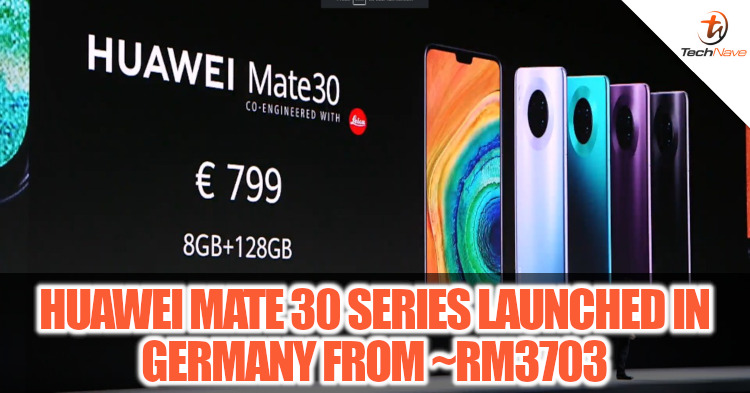 Today, the Huawei Mate 30 and Mate 30 Pro just got unveiled in Munich, Germany and true enough, most of the tech specs and features matched the rumours, such as the rather huge round rear camera design. But anyway, without further ado - here's everything you need to know about the latest Mate 30 series.

Starting with the design, the Mate 30 series does sport a new Horizon OLED display and it's extremely curved to the side. The curved edge is 88-degrees and it even allows users to utilize the Side-Touch interaction for gaming (like AirTriggers) and control the volume as well. If you don't feel like touching the display, there's an AI gesture control feature that lets you swipe through the air and take screenshots with hand gestures. 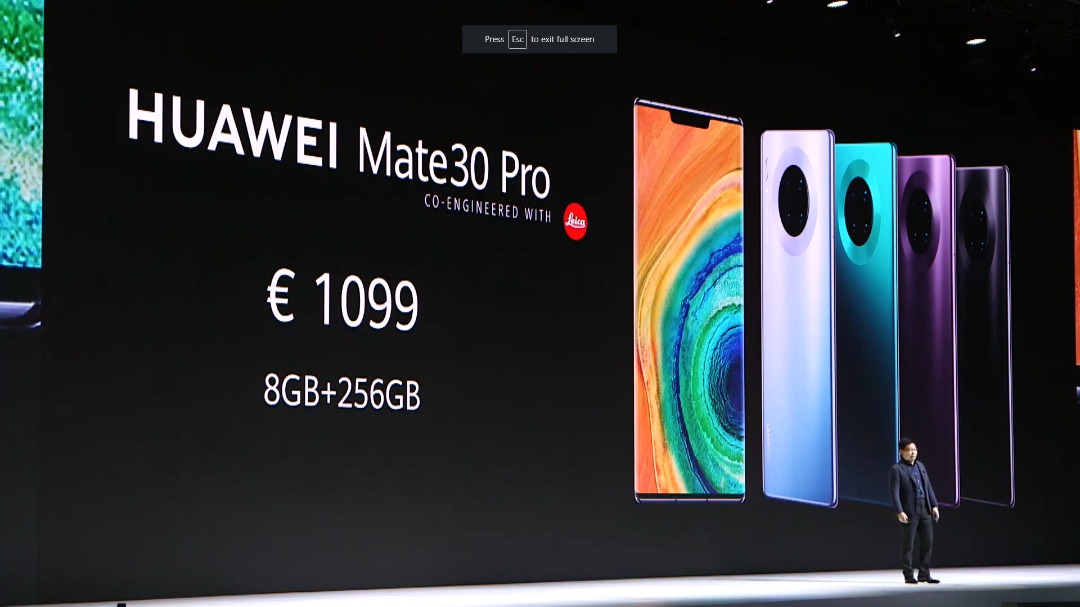 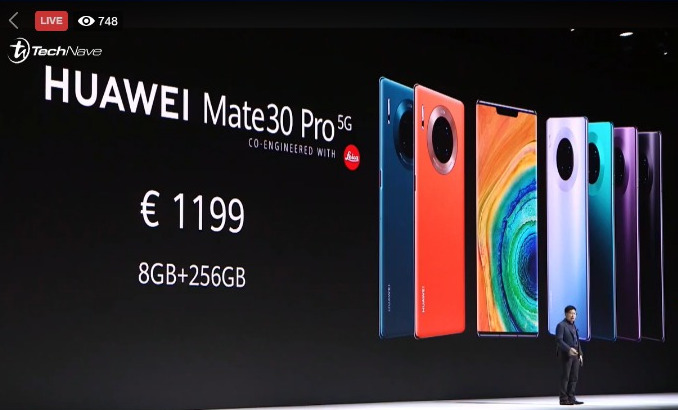 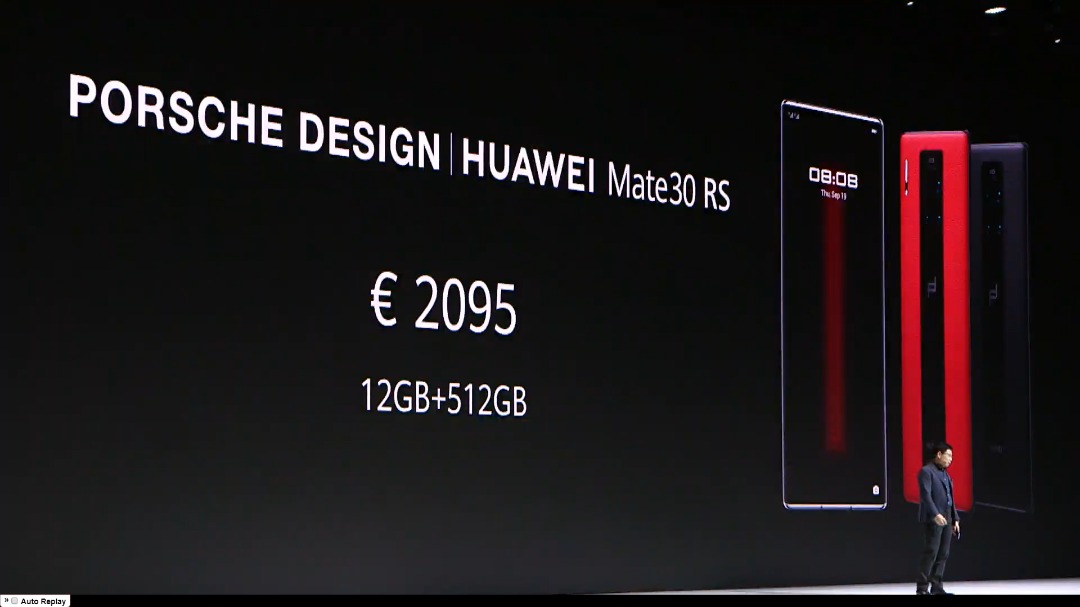 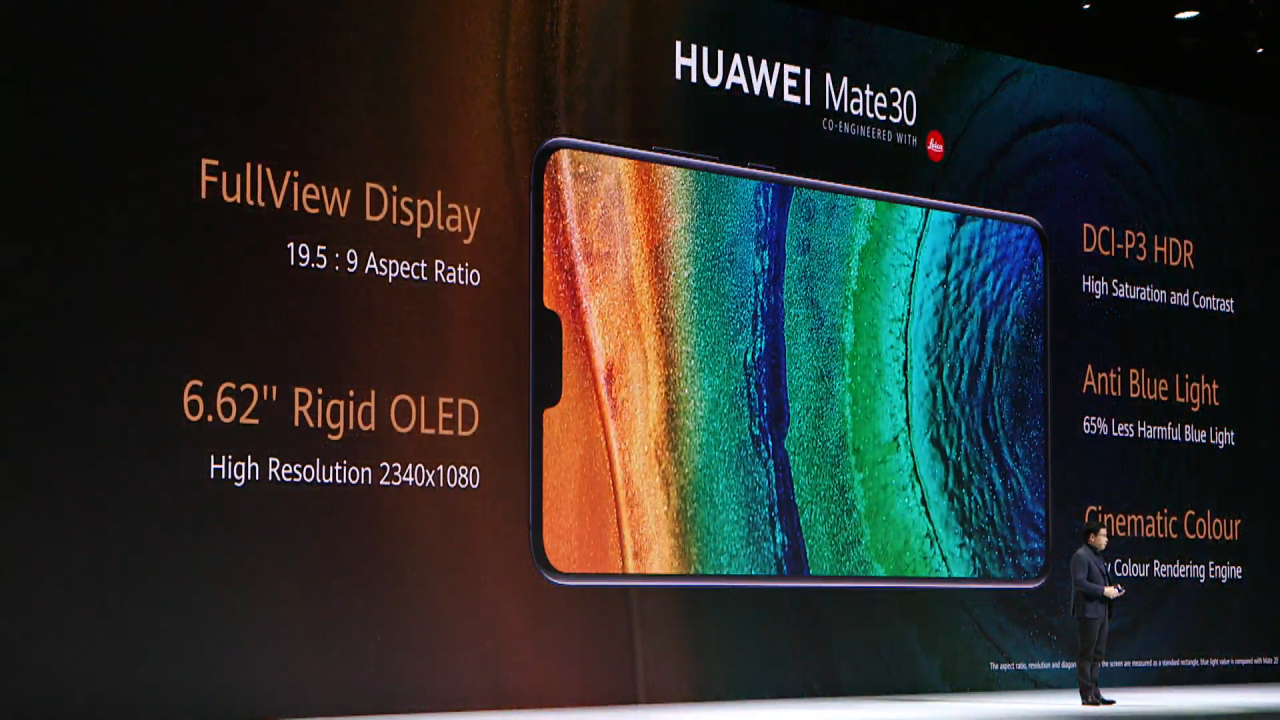 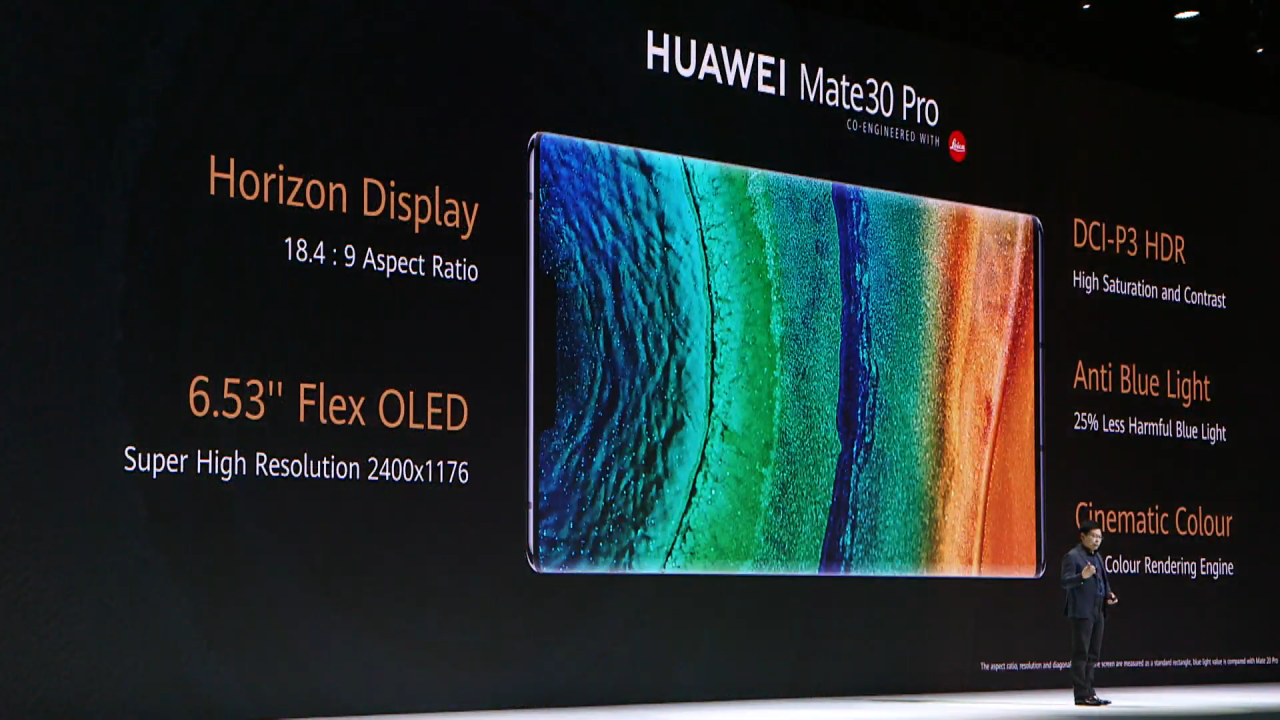 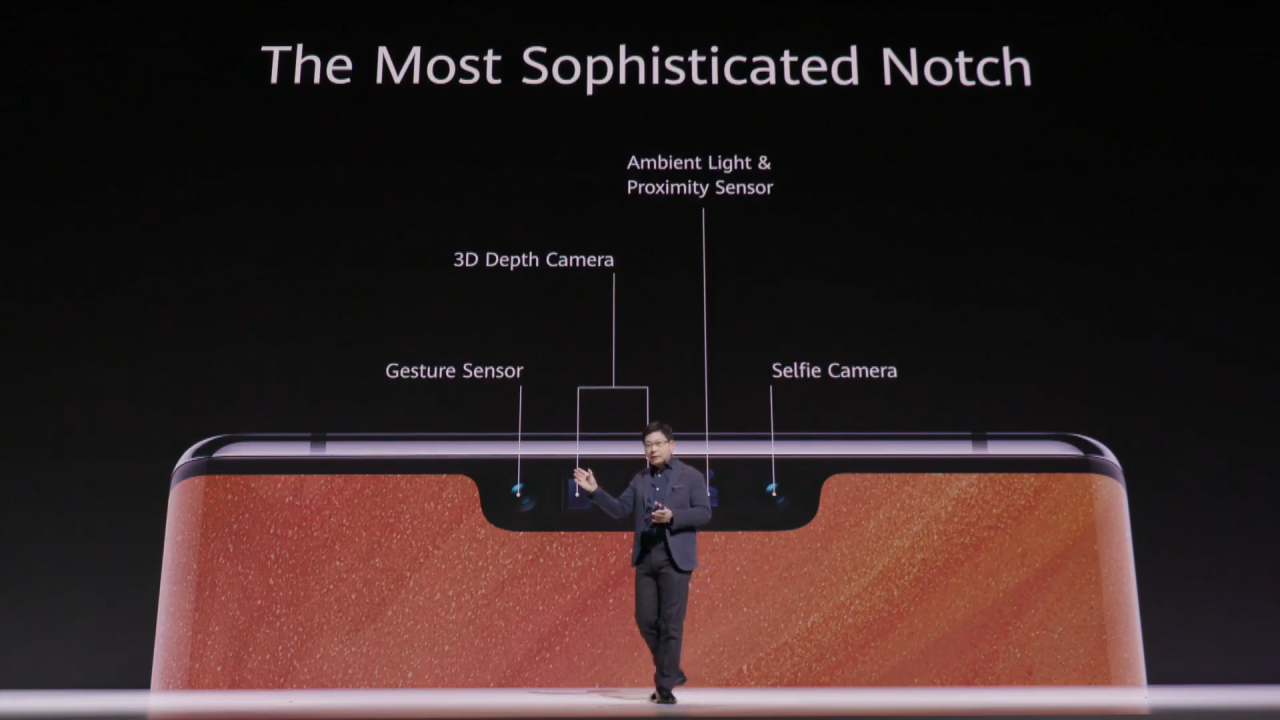 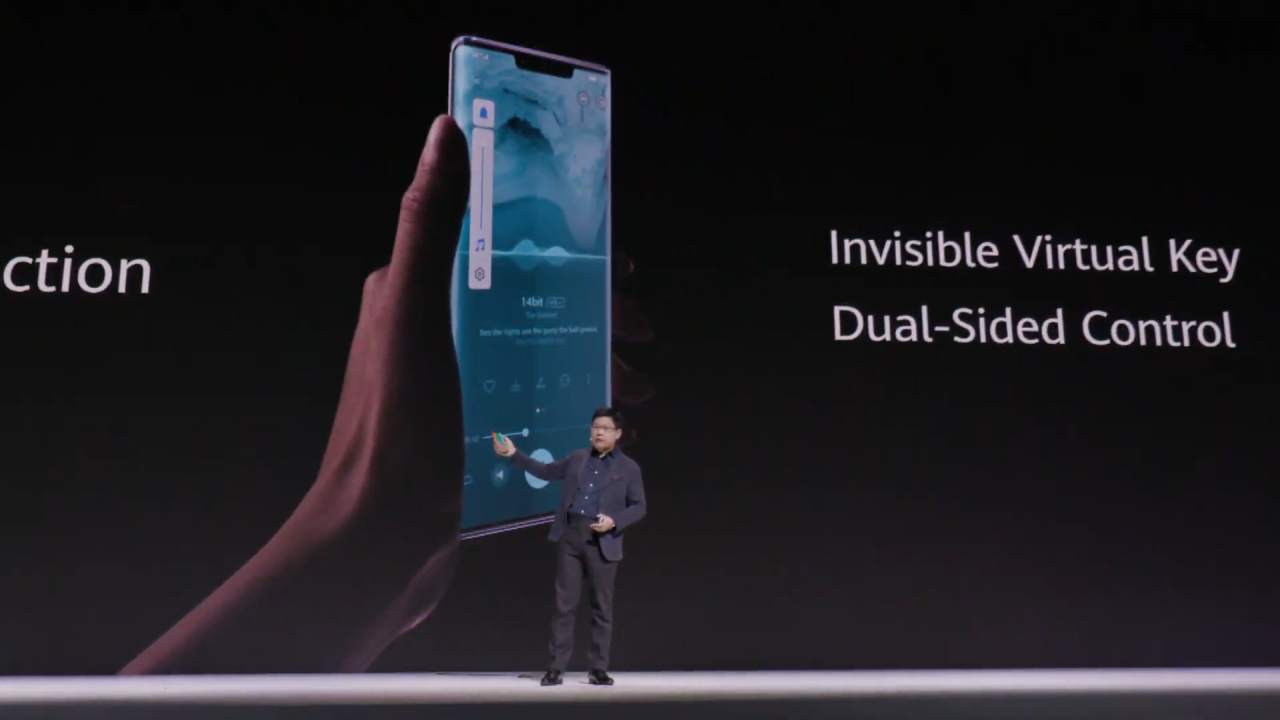 On top of that, the display also features an Acoustic Display Technology to emit the sounds, as well as a 3D Face Unlock and an In-Screen Fingerprint sensor. Oh, the Mate 30 and Mate 30 Pro displays measure 6.53-inches and 6.62-inches respectively.

Available in black, emerald green, cosmic purple and space silver along with vegan leather orange and forest green, the Mate 30 Pro has an IP68 water and dust resistance as expected. The other expected feature is the 7nm Kirin 990 chipset, a 'Da Vinci Neural Processing Unit (a large dual-NPU + tiny NPU cores), Mali-G76 GPU and GPU Turbo 3.0, as well as 8GB of RAM with two storage variants - 128GB and 256GB. 5G connectivity is supported as well and it can support 4K video calling. 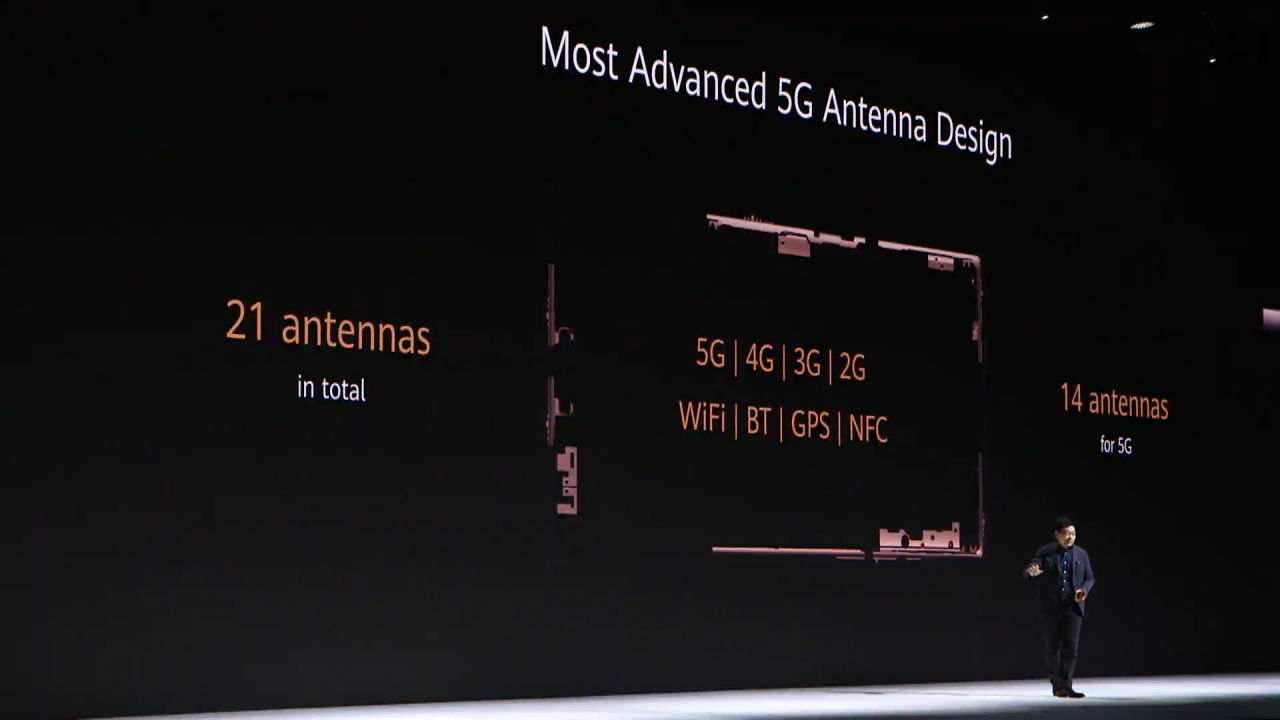 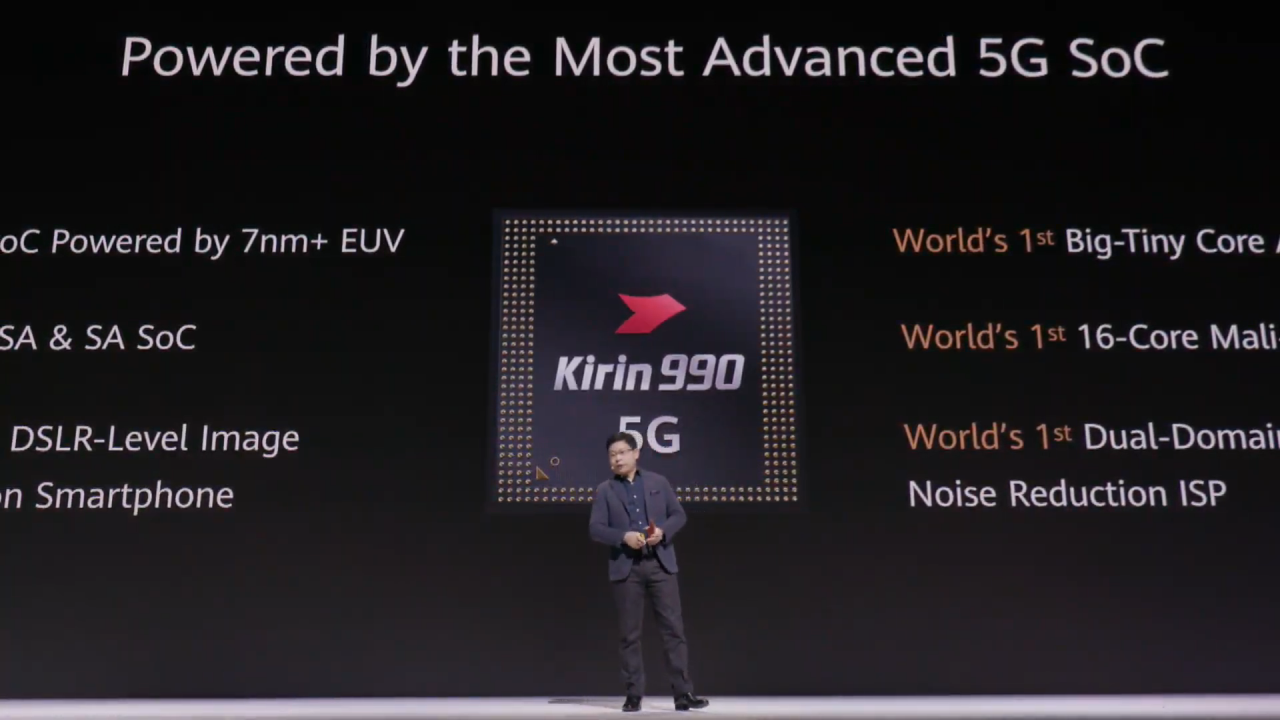 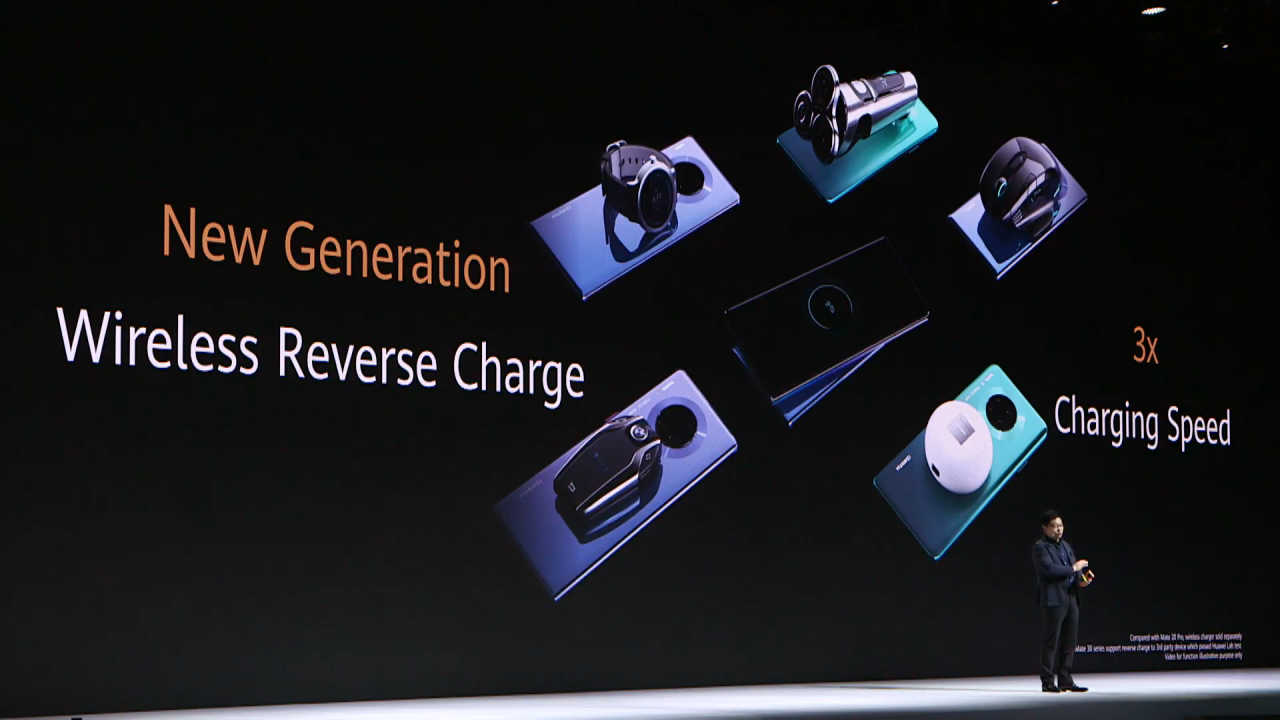 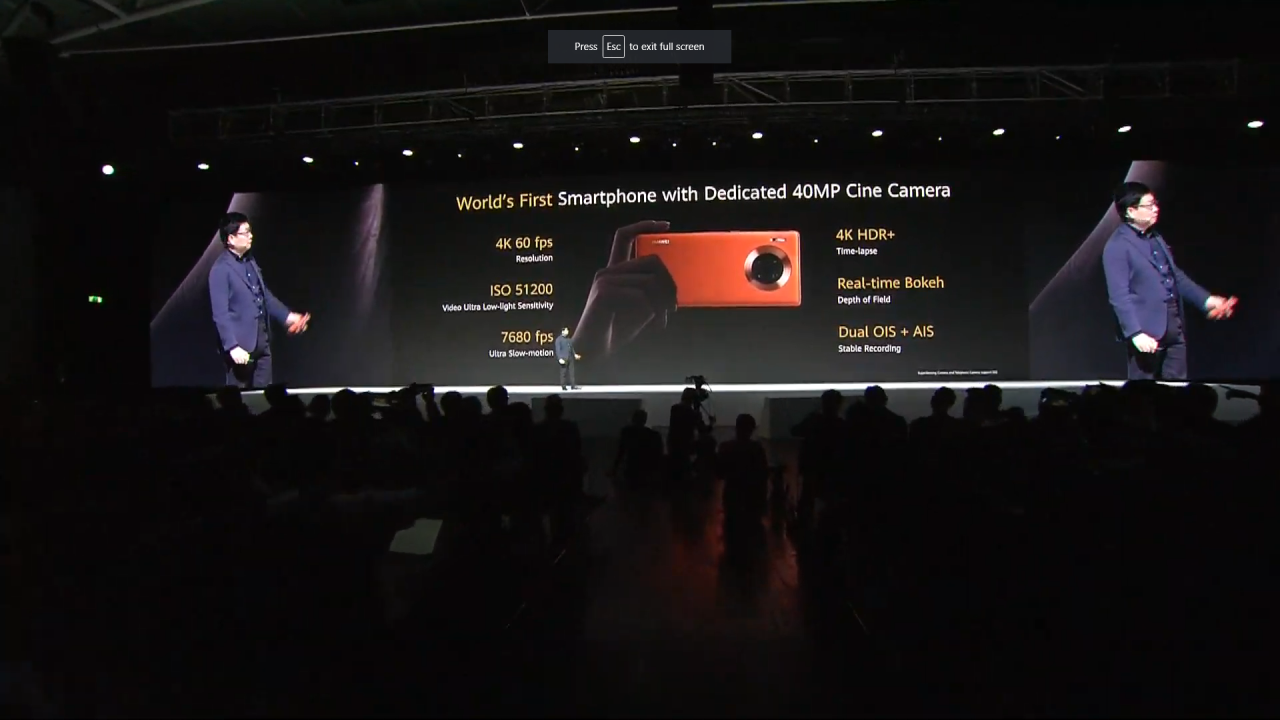 Of course, the highlight feature is the quad-rear camera with Leica lens. Only the Mate 30 Pro packs a 40MP (SuperSensing Wide, OIS) + 40MP (Ultra-Wide Cine, the Mate 30 uses 16MP) + 8MP (telephoto, OIS) + a 3D Depth Sensing camera. Both of the 40MP sensors have an ultra-wide lens already and the telephoto lens can zoom up to 30x (digital), 45x (hybrid) and 3x (optical). The Mate 30 Pro's front-facing camera is using a 32MP sensor, whereas the other one is 24MP.

Continuing on the camera features, the bokeh mode is applicable for the front camera as well as for video recording (up to 4K and also 4K Ultra-Wide angle low light timelapse). You can also expect the camera to take some extreme low-light photography, thanks to the SuperSensing Cine camera's large 1/1.54 light sensor and an ISO up to 512000. But that's not all, the 'cinematic' sensor is capable of shooting slow-motion videos at - 7680FPS! We think that this is due to the help of software boosting it up as well.

Another standout feature is the improvement of battery performance. Packing 4200mAh and 4500mAh respectively, the SuperCharge speed is 40W and that's super fast. If you want to go wireless charging, it has been improved up to 27W and the charging capabilities are certified by TÜV Rheinland so there's nothing to worry about safety-wise. The reverse wireless charging is also present but they didn't say anything about the charging speed.

We aren't sure what Malaysia release date Huawei Malaysia will announce them but we are keeping an eye on that. Until then, stay tuned for more official Huawei news at TechNave.com.