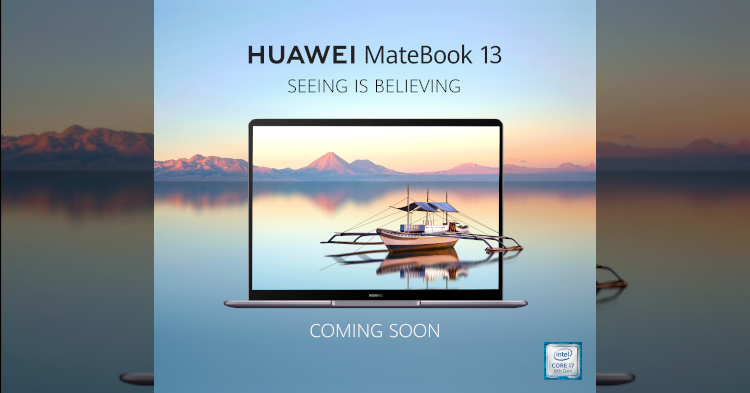 Shortly after the unveiling of the Huawei P30 series in Paris, France. Huawei is keen on officially launching the MateBook 13, along with the P30 series here in Malaysian on 2 April 2019. Just in case you guys forgot what is a MateBook, it's the only laptop that houses a recessed camera within the keyboard.

To give a little more detail regarding the MateBook 13, it is the first 2K FullView 3:2 aspect ratio laptop to be sold in Malaysia along with new features such as the Huawei Share 3.0 with OneHop technology which vastly improves file sharing between Huawei devices. If you want to find out more about the OneHop feature, we’ve done a separate post explaining how it works and for more updates like this, stay tuned to TechNave.com.