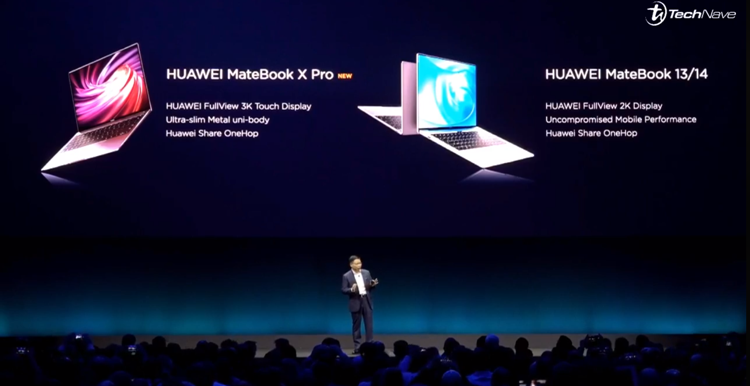 Today, it was Huawei's turn to showcase what they got at the MWC 2019. The company revealed some new 5G devices and a new foldable Mate X smartphone but that's another story to tell (which you can read about it here). So in this article, we will be looking at the all-new MateBook X Pro (2019) laptop and a MateBook 14. Let's see what they got.

Starting with the 2019 MateBook X Pro, this laptop features the latest Intel 8th Gen Whiskey Lake Core i5-8265U and Core i7-8565U motherboard and compare with its predecessor, it has a 10% faster performance. The graphics are improved as well with an NVIDIA GeForce MX250 card with 2GB memory on the i7 model, whereas the i5 model uses a GeForce MX150 card with 2GB memory as well. It's also noted that the Thunderbolt 3 port can support a GTX 2080 external GPU.

The summary of Matebook X Pro (2019) tech specs and features 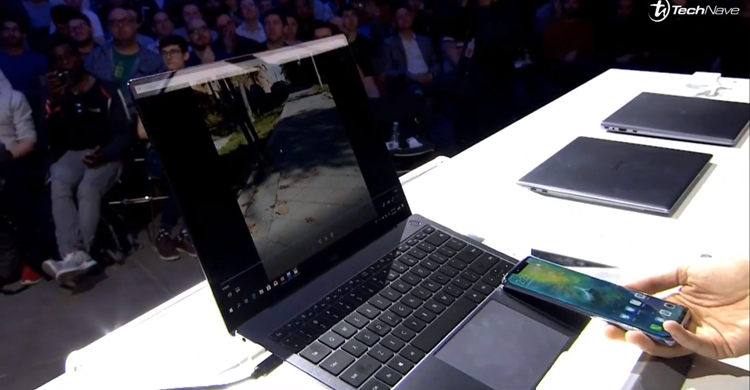 It's as simple as tapping the smartphone on the OneHop spot

Screenshot made easier with the fingers gesture screenshot

To keep the temperature in the MateBook X Pro cool, the cooling system Shark Fin 2.0 is integrated within. The difference between this 2.0 and the previous one is that it can turn off the fans automatically when not needed. In addition, the new 57.4 watt-hour battery is said to last 12 hours of web browsing and speaking of internet speeds, the company claimed that it has a faster WiFi speed up to 1.7Gbps and there's a new Bluetooth 5.0 version too.

Besides the tech specs mentioned above, everything else is the same as the predecessor, including the oddly placed hidden webcam and the OneTouch button on the keyboard. However, there is a new swiping gesture on the screen panel - if you use three fingers to swipe down from the top, you'll get a screenshot just like how it's done on a Huawei smartphone. Huawei Share has a new update too (3.0 version) and comes with OneHop, which is a one-tap NFC file transfer method between this laptop and Huawei devices.

Here's the battery chart for the MateBook 14 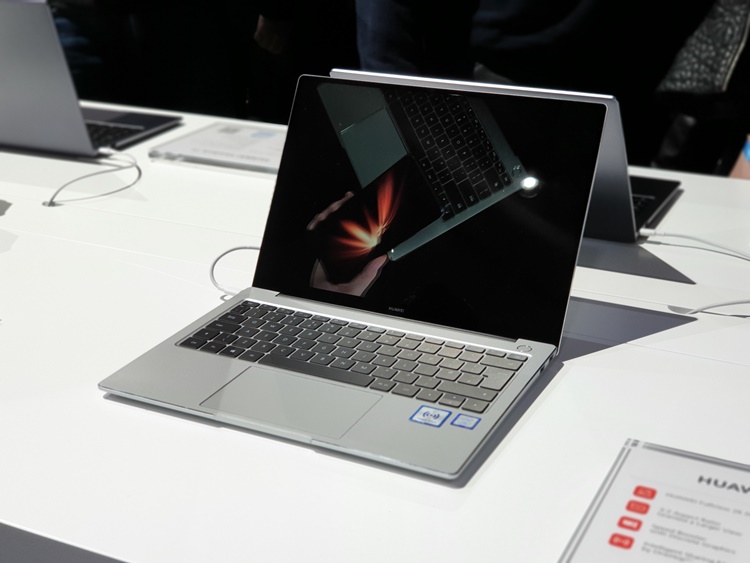 Then onto the MateBook 14, this 14-inch baby which looks more or less the same is placed between the X Pro and the MateBook D. This means that it will cost lesser than the former, and according to Huawei, the MateBook 14 uses the same 57.4 watt-hour battery but somehow only last up to 10 hours of web browsing. The same Whiskey Lake Core i5 and i7, hidden webcam, OneTouch button are on board as well, but it's missing the Thunderbolt 3 USB Type-C port in favour of the Type-A USB 2.0 port.

Finally, the price tags were also revealed. For starters, the MateBook X Pro (2019) will start from €1599 (~RM7390) and the mid-range MateBook 14 starts from €1199 (~RM5541). It's not known if they will import these laptops into the Malaysia market or not. Until then, stay tuned for more Huawei news at TechNave.com.