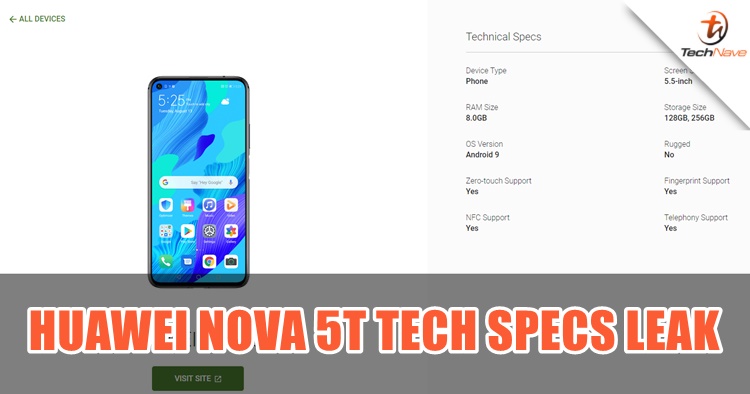 So over the weekend, Google apparently leaked some new information about a new smartphone. Promptly called as the Huawei Nova 5T, the image has already been taken down from the Enterprise Directory, as well as its name "disappearing" in the Android Q beta device listing. Here's what we know about the device so far.

Even though the image got taken down in the directory, what happens on the Internet stays on the Internet. From the image, the Nova 5T features an 8GB of RAM, a 5.5-inch display, 128GB and 256GB of storage, Android 9 out of the box, and supports NFC and fingerprinting. Now that's not a lot of information, but thankfully, @rquandt from Twitter somehow got the full tech specs and says otherwise, claiming the Nova 5T is an HONOR 20 clone. 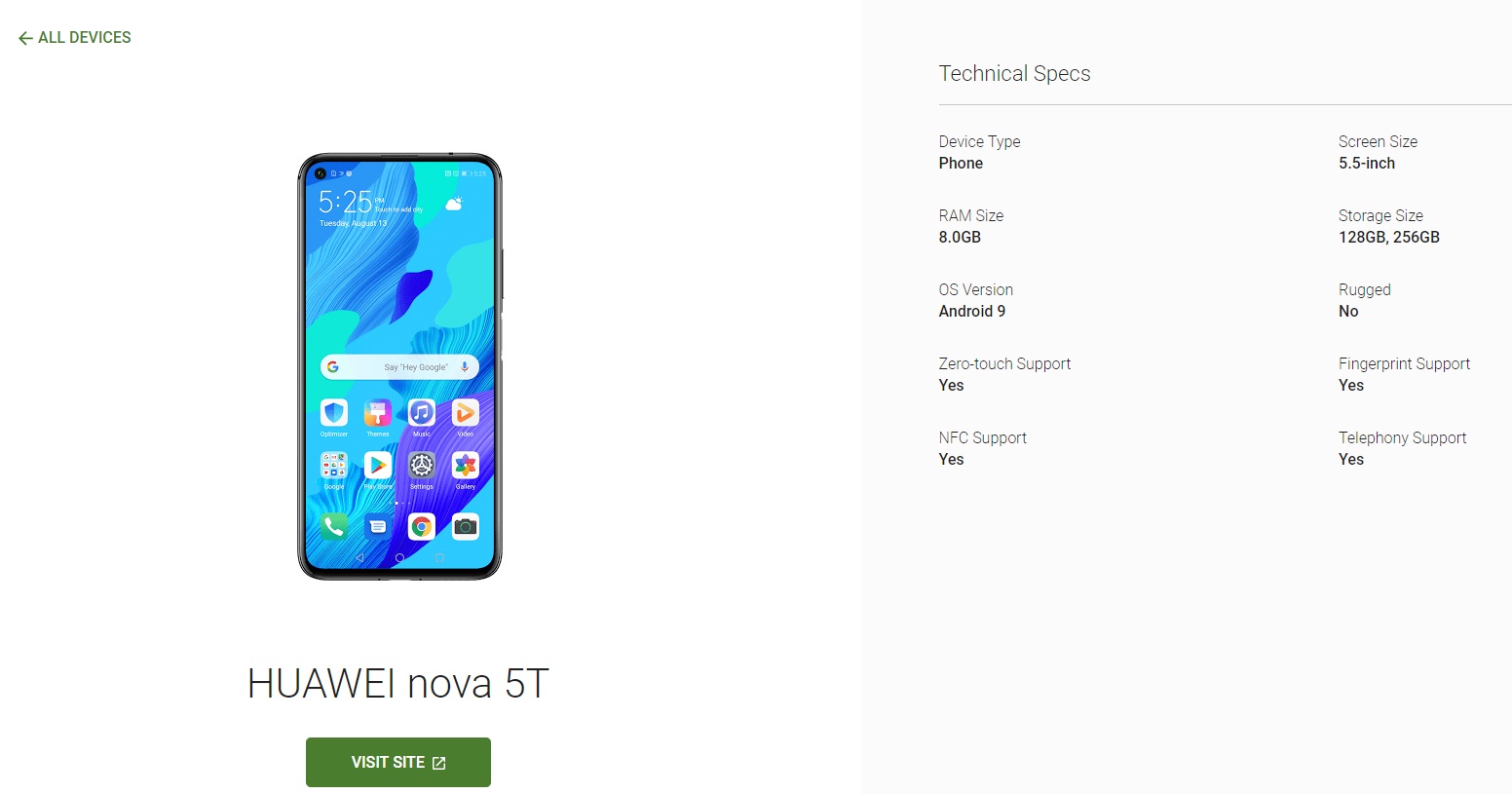 The image before it was taken down

Hate to burst the bubble, but the Google Enterprise listing is wrong. The Huawei Nova 5T really is just a rebranded Honor 20 (on right, look at antenna lines, fp reader / usb port placement etc) It's 6.26in. Not the 5.5in bezel-less compact dream phone some'd like it to be. pic.twitter.com/w3Btl2iPyJ

So what do you think of the phone? Should Huawei just make another Nova 5 variant or it's enough? Stay tuned for more Huawei news at TechNave.com.