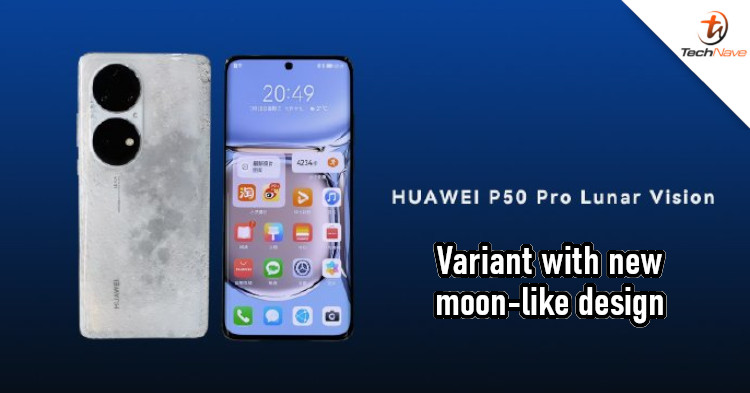 It hasn't been all that long since Huawei launched its new P50 series, but the company is already looking at some special editions. The phone is currently available in Black, White, Pink, Blue, and Gold. Now, there's also going to be one with a milky white colour for the P50 Pro.

According to a leak from Weibo, the variant is called the Huawei P50 Pro Lunar Vision edition. The design is the same as the regular P50 Pro, with the main difference being the colour. Specifically, the back sports a design that's like the moon's surface. It looks a bit like white marble, which is quite an attractive look. 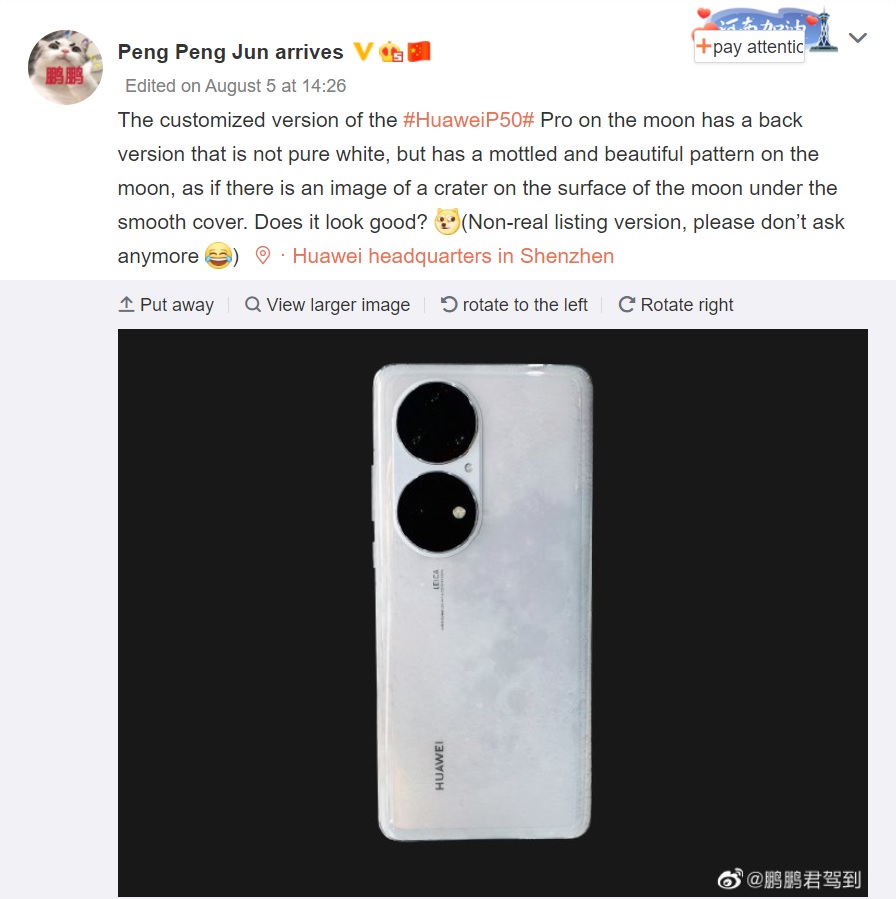 No details on the specs were given, but we expect this to be identical to the P50 Pro. Packed inside are either a Kirin 999 5G chipset or Snapdragon 888 4G chipset, up to 12GB of RAM, and a maximum of 512GB of internal storage. It should also come with a 6.6-inch OLED display, a quad-camera setup (50MP+64MP+13MP+40MP), and an under-display fingerprint sensor.

Interestingly, the location of the post was listed as Huawei Shenzhen HQ, so this rumour could be legit. But with that said, would you be interested in this design? What's a special colour that you consider a deal-maker? Let us know in the comments, and stay tuned to TechNave for more updates on this.