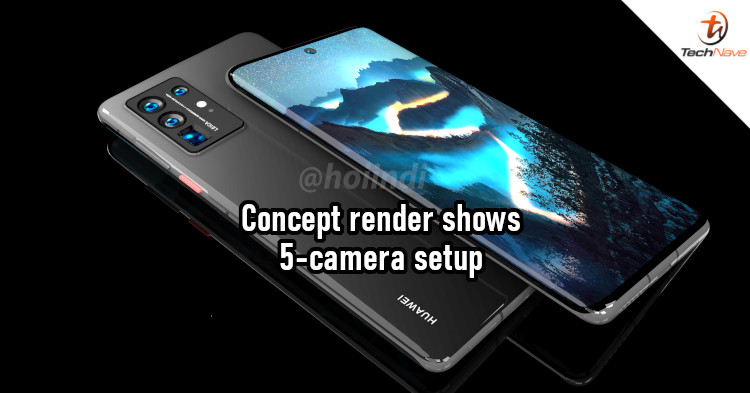 Last week, renders the Huawei P50 Pro appeared online. Unfortunately, it was hard to see the details of the phone's design with those renders. But yesterday, additional renders of the device were leaked and it shows you how the phone really looks like.

Thanks to @HoiIndI, we now get to see the P50 Pro from multiple angles. Do bear in mind that these are should be concept renders, so they might not be 100% accurate. But with that said, you can see that front has a punch-hole camera and a display that curves at the side. At the back, you'll find a Penta camera setup, which includes a periscope camera.

The P50 Pro is expected to mostly follow what the Huawei P40 Pro had (and lacked). In other words, it's likely to have an under-display fingerprint sensor but no audio jack. As for specs, it should come with the Kirin 9000 chipset, at least 8GB of RAM, and up to 256GB of internal storage.

As we said, these renders may not be accurate, so do take them with a grain of salt. Having said that, would you be interested in Huawei's latest flagship? Let us know in the comments and stay tuned to TechNave for more news.