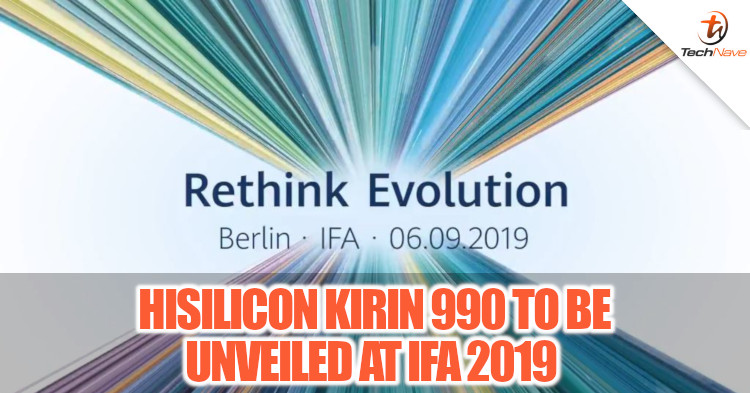 Today, Huawei has officially confirmed that on 6 September they will be unveiling the HiSilicon Kirin 990 chipset at IFA 2019 located in Berlin, Germany. Not only that, but they also plan to unveil the 5G variant of the Kirin 990 as well. Based on a statement by gizchina.com, the aforementioned chipset could allow Huawei and Honor devices to have the ability to record 4k videos at 60fps.

As of now, the only smartphone that has been confirmed to come equipped with the upcoming HiSilicon Kirin 990 is the Huawei Mate 30 series. While we know that the official unveiling date of the Mate 30 series, is on the 19 September 2019. Not much else is known in regards to the device, such as the Malaysia release date and the official local pricing. What do you think of the upcoming HiSilicon Kirin 990 chipset? Let us know on our Facebook page, and for more updates like this stay tuned to TechNave.com.