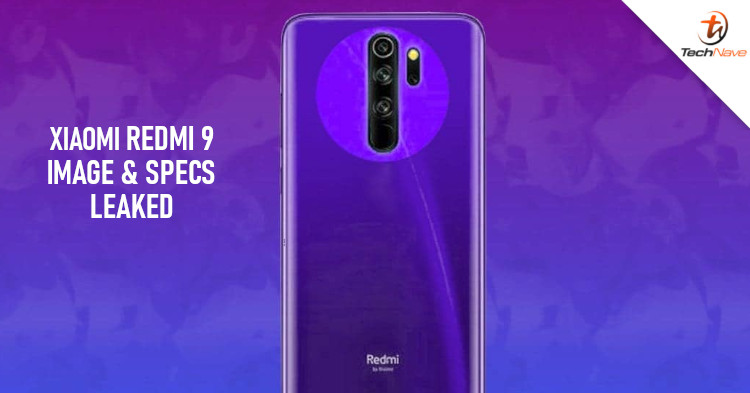 The refresh cycles for some smartphones are really quick these days. If you consider how Xiaomi launched the Redmi 8 around 7 months ago in Malaysia, the Redmi 9 could come as early as less than a year after its predecessor first became available. Regardless, a new live image of an alleged Redmi 9 device has been found online.

Sudhanshu Ambhore leaked the details recently and claimed that it was sent to him via a Chinese source. A series of tech specs were also sent to him, which he listed with the image in a post on Twitter. The image shows the back of the phone, which has the rear camera near the centre with the LED flash and fingerprint scanner close by. It's also going to be purple in colour, though there's also supposed to a green-coloured version.

The quad rear camera setup consists of a 13MP main camera, 8MP ultrawide lens, 5MP macro camera, and a 2MP depth sensor. You can see that the depth sensor is on the side with the LED flash here, instead of being placed along with the vertically aligned cameras. Also, Sudhanshu claimed that the device will feature the Helio G80 chipset.

So far, these specs contradict the predictions made previously and with the quality of the image leaked, it's hard to take this particular rumour seriously. With that in mind, would you rather get a Redmi Note 9 or this supposed Redmi 9 device? Let us know on our Facebook page and stay tuned to TechNave.com for more news.