Is dark mode finally coming to Facebook on Android and iOS? 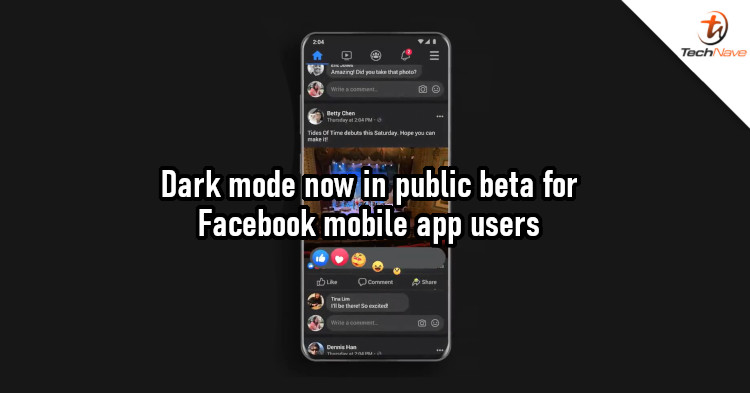 Remember this news from a few months ago? Back in June, sources claimed that Facebook was officially rolling out dark mode for mobile devices but months went by and the update didn't happen. Fortunately, it looks like the wait may finally be over.

According to Jane Manchun Wong, Facebook will be releasing dark mode as a public beta feature for both Android and iOS users. An official promo video of the new feature is now out, which should mean that we can expect access to dark mode pretty soon. MacRumors also claims that many iOS users have gotten the update on their devices.

You asked it, I chatted with Facebook’s @alexvoica about it and here’s a video made in collaboration with Facebook! pic.twitter.com/TGjdTXDxoP

If we assume that nothing major has changed since June, then Facebook's dark mode will probably be enabled using the same method. Specifically, you have to manually go to the Settings & Privacy section of the app and toggle Dark mode to enable the feature. It should be noted that system-level dark modes don't apply to Facebook, which is why this update is great news.

So, has any of you gotten public beta access to dark mode for the Facebook mobile app? Do let us know in the comments below and stay tuned to TechNave for more updates on this.