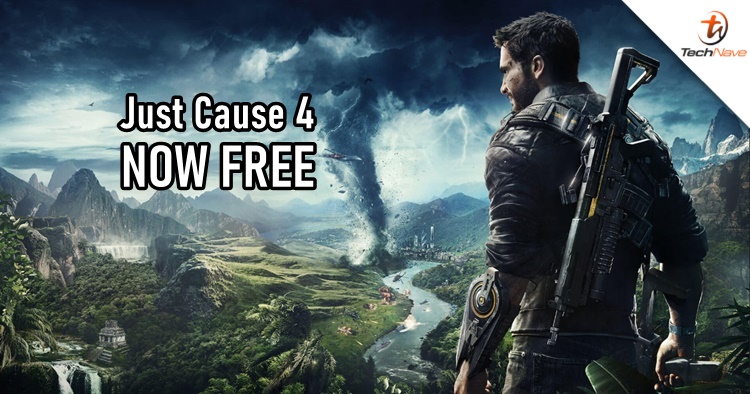 We have been blessed with a lot of free games during the Movement Control Order period lately and who doesn't? In this latest free game giveaway, it's Just Cause 4's turn which can be claimed for life on Epic Games Store starting today until 23 April 2020 at 11PM.

For those who are unfamiliar, the Just Cause series is developed and published by Avalanche Studios and Square Enix respectively. Released on 5 December 2018, it is an open-world action-packed game where you play as Rico Rodriquez to discover his past with tons of weapons, vehicles, and background explosions. It should be noted that the game's rating is Mature +17, so if you're a parent and your kid is underaged - you know what to do.

To add on, there are some extra contents for Just Cause 4 like the Expansion Pass for $13.99 (~RM60). Also, Wheels of Aurelia, another free game on the same platform live now until the same said date. Previously, the game World War Z was also free and we had lots of fun shooting zombies down during this period.

That's all, folks. We will continue to keep an eye on more free game giveaways. Stay tuned for more gaming news at TechNave.com.