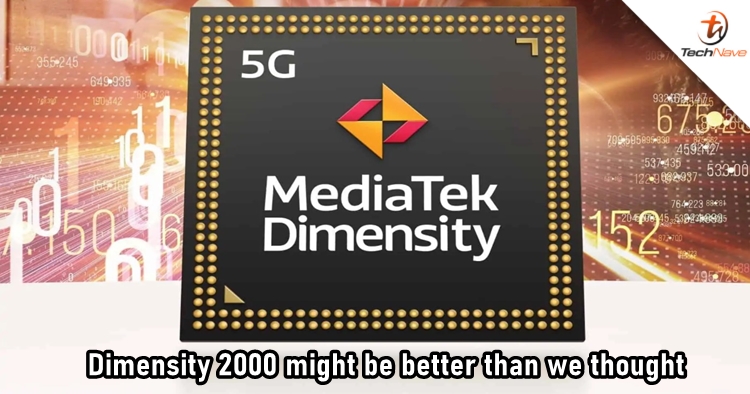 The next-gen flagship chips from Qualcomm and MediaTek are expected to arrive later this year. Recently, we've also heard several rumours about respective offerings, Snapdragon 898 and Dimensity 2000. Now, a reputable Chinese tipster shared that the two chips might be very close in terms of performance, which hypes up the competition even more.

According to Digital Chat Station, the Snapdragon 898 will be based on Samsung's 4nm process node and features one ARM Cortex-X2 Super Core clocked at 3.0GHz. There are also three mid-tier performance cores operating at 2.5GHZ and four power-efficient CPU cores running at a maximum frequency of 1.79GHz. Previous reports have suggested that these will be ARM's new V9 architecture-based Cortex-A710 and Cortex-A510 cores respectively. Lastly, an Adreno 730 GPU will be included for the graphics.

On the other side, MediaTek's upcoming offering has the same CPU core arrangement. The Dimensity 2000 will also have the same base frequency of 1.8GHz as the Snapdragon 898, alongside a maximum frequency of 3.0GHz. However, for the three Cortex-A710 middle cores, it offers a considerably higher clock speed of 2.85GHz. Instead of Samsung's semiconductor, the Tawainese company uses TSMC's 4nm architecture and features a Mali-G710 MC10 GPU.

Recent reports have also claimed that the Dimensity 2000 will be 20% more power-efficient than Qualcomm's next-generation flagship chip. Therefore, is the US company going to have one true competitor after years? Drop a comment to let us know your thoughts on this article and stay tuned to TechNave.com for more interesting tech reports.