After being spotted on AnTuTu, the Lenovo Legion gaming smartphone has appeared again on Geekbench before it launches on 22 July. The device has scored a remarkable 648,871 on AnTuTu thanks to the Qualcomm Snapdragon 865+ chipset. With Geekbench, the device has scored 4556 in the single-core test and 13,438 in the multi-core test, proving itself as a gaming device to be excited for. 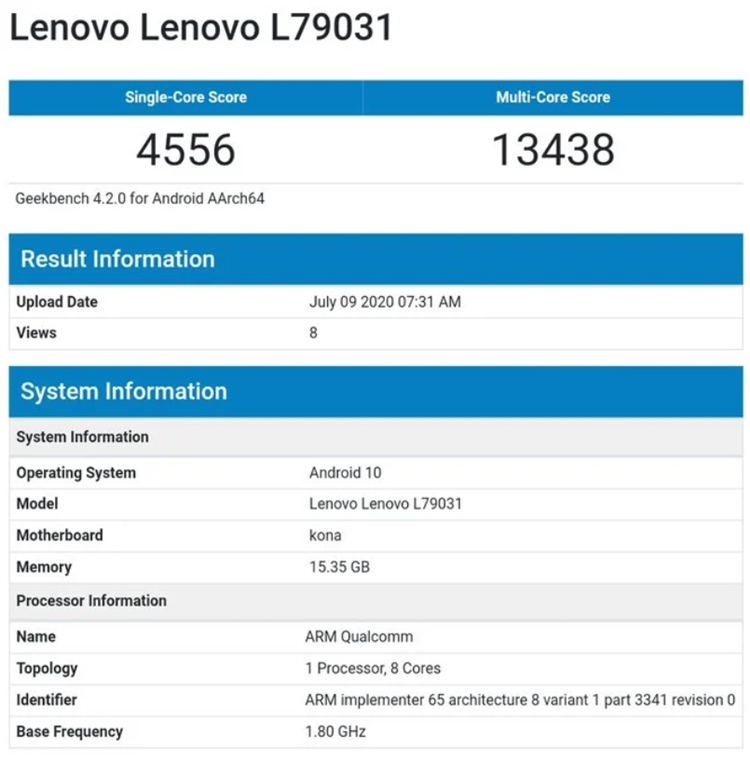 To recap, the first Lenovo Legiong gaming smartphone is expected to have a 6.6-inch FHD+ AMOLED display with a 144Hz refresh rate and in-screen fingerprint reader. It is also rumoured that the device will come with a 4,000mAh battery that supports 90W rapid charging. For camera, it could have a dual-camera setup at the back with a 64MP camera sensor and another one being 16MP. There is also a 20MP side-mounted pop-up camera as well for taking selfies.

Let us know what you think about the Lenovo Legion gaming smartphone on our Facebook page. Stay tuned to TechNave.com for more exciting smartphone news.