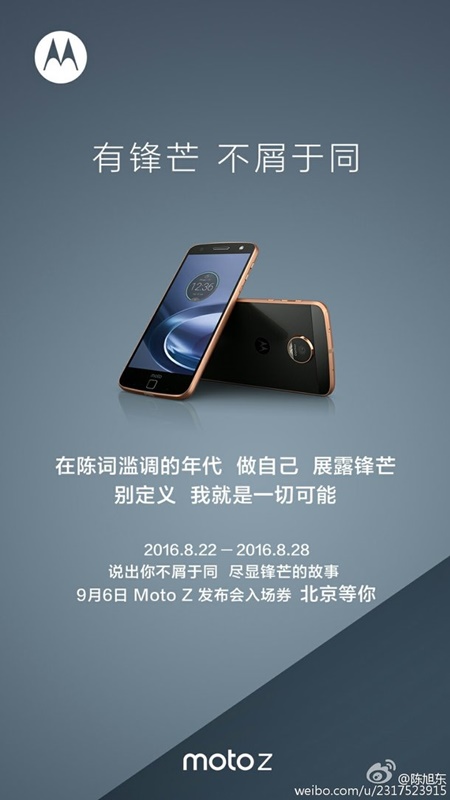 So it's official, Lenovo has announced 6 September 2016 as the day to unveil the all new Motorola Moto Z in China. This is was confirmed on Weibo by Lenovo’s Mobile Business Group co-President, Chen Xudong. The Moto Z is said to be the world's thinnest flagship, coming with 5.2mm thickness along with 5.5-inch AMOLED display (2K resolution). Will it ever come to Malaysia, though? We don't have an answer for that but we hope it does, and since it's on the way to the Asia market, it might be the first step. Stay tuned for more news at Technave.com.