Next month, Microsoft will officially launch Windows 11 on 5 October 2021. But before that, brands have already started unveiling new Windows PCs that feature the new operating system. Among them is Lenovo, which is expected to launch new laptops tomorrow.

According to Gizmochina, Lenovo will be launching five new laptops in China on 28 September 2021. The first one is the AMD Ryzen-powered Yoga 13s. There will also be Intel Core and AMD Ryzen variants of the new Xiaoxin Pro 14 and Xiaoxin Air 14 Plus. And yes, all five models will come with the latest Microsoft Windows 11 OS pre-installed. 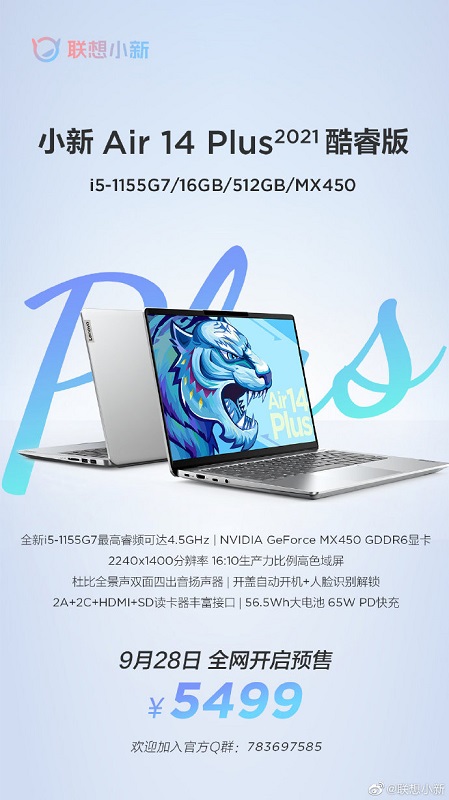 Some of the new laptops' specs are already revealed

Not much else has been revealed, but these laptops should offer great performance for the average Windows user. Having said that, would you be interested in getting one? Let us know in the comments, and stay tuned to TechNave for the launch report tomorrow!