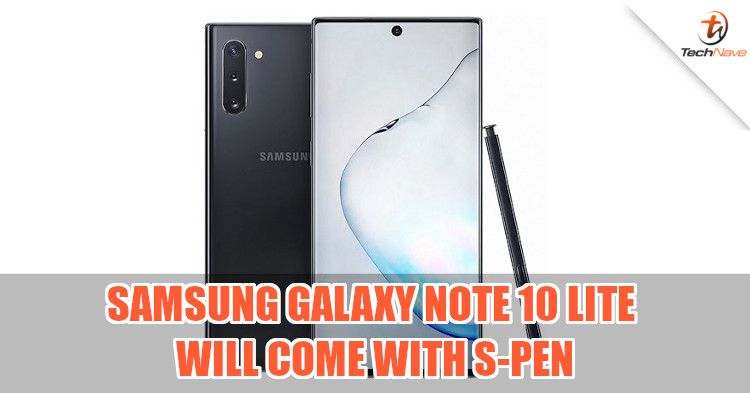 We knew that Samsung has been working on two new Galaxy devices that are expected to be more affordable variants of the Galaxy S10 and Galaxy Note 10. Now, it's pretty much confirmed that the Galaxy Note 10 Lite will feature an S-Pen with Bluetooth connectivity.

The news broke when a new document for a Bluetooth-enabled device was submitted to the US FCC. This is believed to be for Note 10 Lite's S-Pen stylus. A reliable source has confirmed that the stylus would feature the same dimensions as the Note 10's S-Pen. However, considering that the Note 10 Lite is ultimately meant to be a cheaper version of its big brother, it's reasonable to expect its accompanying stylus to be a stripped-down version. For example, Samsung may opt-out of including gyro hardware to bring down the cost.

There are no tech specs for the device yet and we don't know when it'll be available in Malaysia. But the FCC listing shows a date of 25 May 2020 for internal and external photos. This could be when Samsung plans to announce the Note 10 Lite. Hopefully, the global launch would be around that time of the year as well.

Are you looking forward to hammering the 'Add to Cart' button for the Note 10 Lite, or plan to pass on it? Let us know on Facebook! Also, remember to keep up with the latest tech news at TechNave.com.