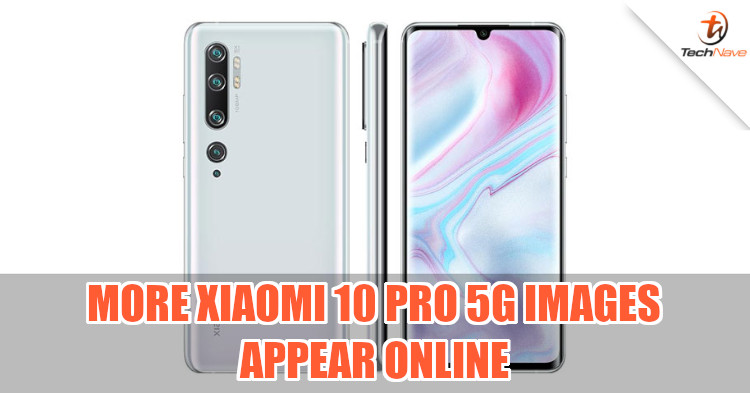 The launch of the Xiaomi Mi 10 series is not that far off but the leaks have been coming fast and furious. Now, leaked images of the Mi 10 Pro 5G have allegedly appeared on Weibo. A total of four images were shared, showing the front, back, and bottom of the device, as well as a 65W fast-charger.

From what we can see, the Mi 10 Pro 5G has a front that curves off at the sides. It also shows the back, where there is a quad-camera setup that is different from the one we've seen previously. According to Gizmochina, the device is also supposed to come with an under-display fingerprint reader.

Note that the watermark in the images reads "MI 10 Pro 5G" and "108MP Quad Camera", but we're not sure if the device shown is actually the MI 10 Pro 5G. Assuming it is, this device that comes with a 65W fast-charge should be the same one spotted a few weeks ago. Specifically, it's a device that is expected to have a Qualcomm Snapdragon 865 chipset, 108MP camera, high refresh rate screen, and a large battery.

If rumours are to be believe, this device could launch on 11 February 2020, which coincides with the Samsung Unpacked event. Does this mean Xiaomi is trying to steal Samsung's thunder by launching on the same day? Let us know what you think on our Facebook page and stay tuned to TechNave.com for more updates on this.