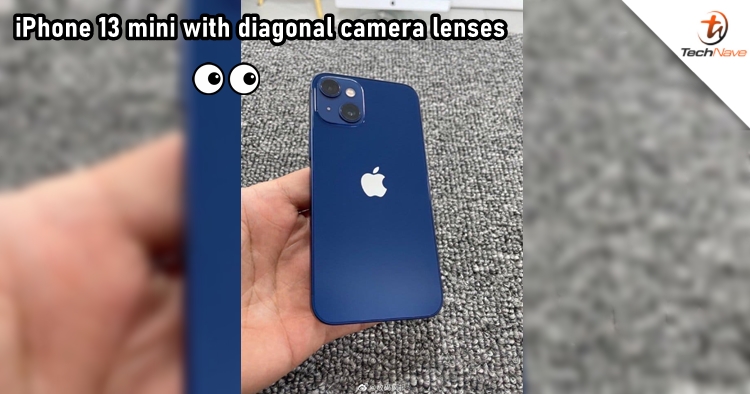 The next Apple iPhone series is expected to arrive in September as sources have reported that there will be no delay this year. Earlier, rumour claimed that the iPhone 13 mini will bring a minor design tweak for its camera module by having the lenses placed in a diagonal arrangement. Today, the live photo of the device has been leaked showing us how it could get done.

According to the image, the iPhone 13 mini's two camera lenses no longer align with each other vertically like the ones on iPhone 12 mini. It is also said that the iPhone 13 mini could be thicker compared to the predecessor. However, this device in the photo is said to be a prototype which doesn't promise the end product will look the same. 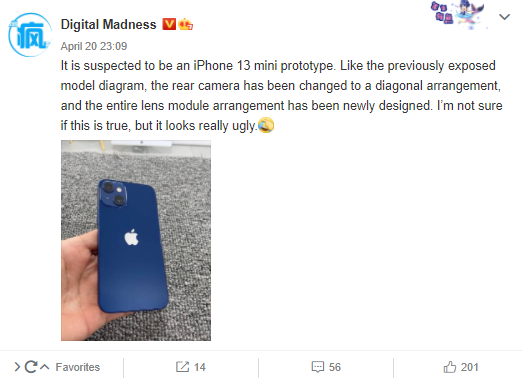 Overall, the iPhone 13 series, or could be the iPhone 12s, is said to have no huge difference in terms of the design. However, the Pro line might finally get the highly-anticipated upgrade which is a 120Hz display. Furthermore, it is also suggested that Apple could bring the Touch ID back by adopting an under-screen fingerprint sensor.

Let us know what you think about this design of the iPhone 13 mini on our Facebook page. Stay tuned to TechNave.com for the latest iPhone news.