Current Location: Home > News > Looks like Samsung Pay will be officially launching in Malaysia this week!

Looks like Samsung Pay will be officially launching in Malaysia this week! 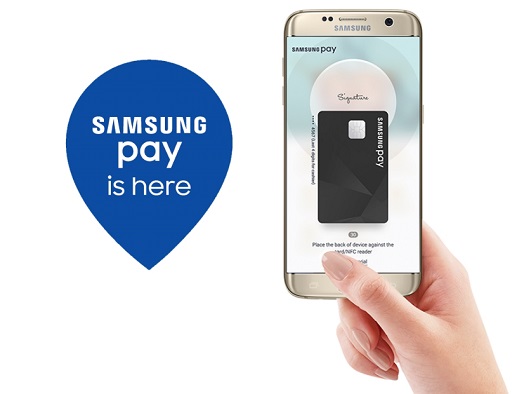 Samsung Pay, which was previewed in partnership with Maybank roughly a month ago, will soon be officially launched in Malaysia on 24th February 2017.

While it was initially available only to Maybank VISA card holders, with the official launch, Samsung Pay will finally be able to accept both Mastercard and VISA cards issued by CIMB, Citi, and Standard Chartered too. One of the more unique capabilities of Samsung Pay is that it uses both NFC and MST technology, allowing it to be compatible with most card terminals, including those that are not equipped with NFC or PayWave technology.

With Samsung Pay, payments are authorised through a fingerprint scan or PIN authentication. In addition to that, each transaction uses an encrypted digital token, which acts to hide the actual card number from the merchant. A 4-day roadshow will be held at KLCC Centre Court between 24th February until 28th February to demonstrate this truly simple and secure experience, as well as to reward early adopters of Samsung Pay. If you are the highest Samsung Pay spender of the day, you’ll stand a chance to win a Galaxy S7 Edge! There are also 100 Samsung Wireless Charger (worth RM279) to be given away for the first 100 daily users whom had made a minimum RM30 transaction for 3 times via Samsung Pay. Do visit the Samsung Pay page for more details.