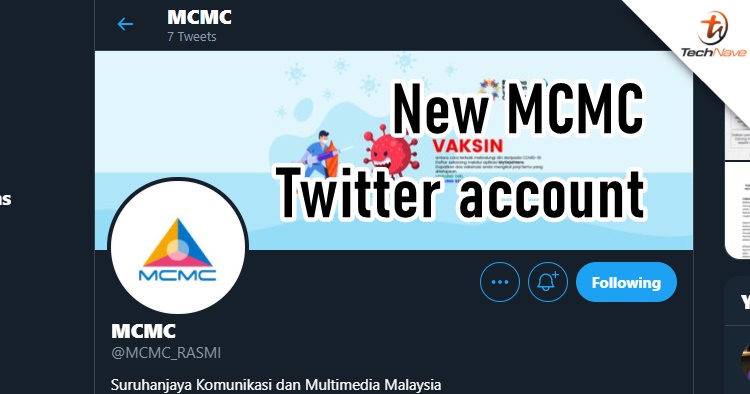 Remember that the Malaysia Communications and Multimedia Commission (MCMC)'s Twitter page got frozen? That was way back in January and now after six months, the MCMC has set up a new Twitter account called @MCMC_Rasmi.

To refresh your memory, MCMC reminded everyone online to be courteous and respectful but everything went south quickly after netizens dug up some old comments that were very childish and vulgar. The government claimed the account got "hacked" (but we all know better) and they set up a committee to "investigate" the "hacking".

Considering that there was no follow-up news after that, there is a good chance that there was no progress at all from the investigation. According to @zurairi and other sources, the previous MCMC Twitter account was bought from a teenager years ago but the company didn't erase the old tweets. The investigation team also had no jurisdiction to investigate a former MCMC staff member who bought the account.

Anyway, do note that there is another fake MCMC Twitter account called @McmcReact and it is a spoof page now. You can also directly access MCMC"s official Twitter page from the official website here. Stay tuned for more trending tech news at TechNave.com.