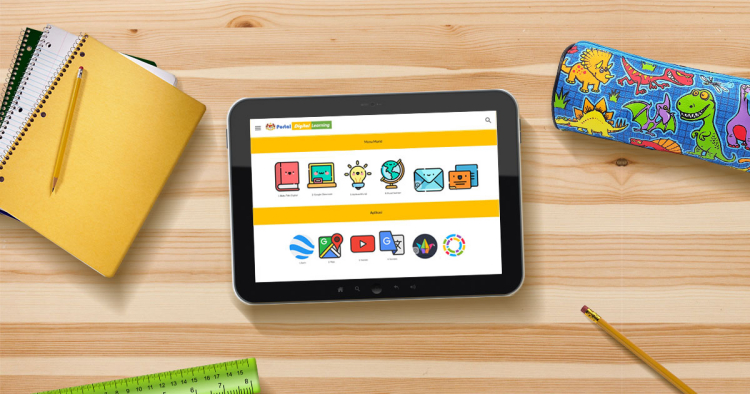 On top of the acceleration of moving to tech, the recent Malaysia Budget 2020 revealed an increased RM64.1 billion for education and with the Ministry of Education adopting Google Classroom for free, we were wondering, where might this extra money get spent? Well, a recent submission by a Mr Anonymous might have revealed that our students may not only be trading their heavy bags of textbooks for ebooks soon but also an Android tablet for school.

The submission showed that Malaysian school kids would not only be getting access to Google Classroom but also their own Gmail based email, Google Keep based notes and Google Drive storage. This would be done through an already publicly available Android app called Digital Learning - Murid (with a Digital Learning - Guru app for teachers coming soon) or through an online portal.

Screenshots of the app indicate that it is likely a frontend of sorts offering links to the aforementioned Google Classroom. Fun games and apps can be seen in Aplikasi (with what appears to be a curated YouTube) and textbooks in the form of ebooks which are available from Buku Teks Digital. Your kids or students can also borrow ebooks from the library in Pusat Sumber, send and receive emails and take notes.

Why an Android tablet?

While we expect that students could also just log-in for classes and the stuff mentioned above using the computers in their respective computer labs, doing so would not be helpful for students at home. Also, cycling hundreds of students through the 10 to 20 computers in these labs at a time doesn’t sound very effective. 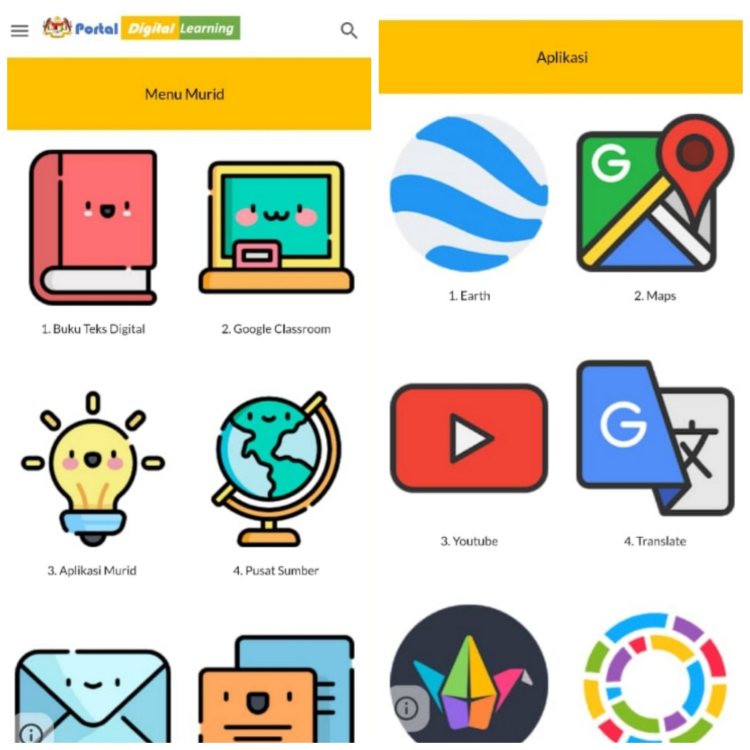 We also think that schools would want to curb any sort of communications with friends or social media, something that a WiFi only tablet would be more suitable for than say an Android phone. While an iOS version of the app is also coming, currently the app is only available on Android, so it makes sense that an Android tablet could be the first to be used by our school going kids in the near future.

When will it come out and for who?

Considering the list of ebook textbooks available, both primary (from Standard 1 to Standard 6) and secondary school (from tingkatan 1 to tingkatan 5) students will be getting access. A quick look at the books available for tingkatan 1 reveals that there’s a whole bunch of interesting stuff including colourful books on learning Japanese alongside the usual Mathematics (which was in English, not Malay). 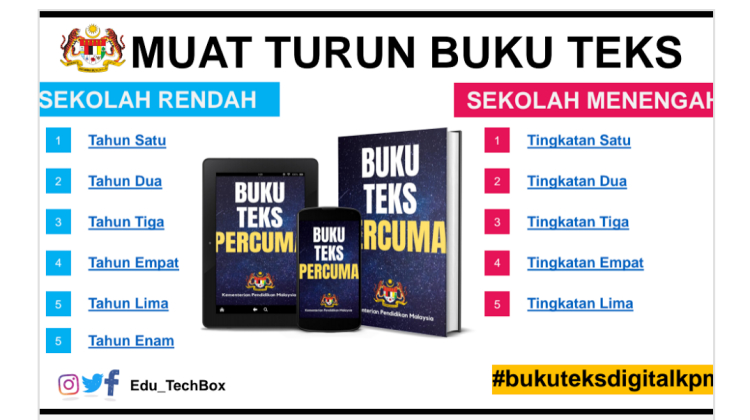 Since these are all readily available, we expect that as soon as the Ministry of Education gets the go ahead, they’ll implement it. Perhaps they are waiting for some bill to be passed. Regardless, everything looks almost ready to go ahead with, so we wouldn’t be surprised if students were already being assigned IDs.

All of this digitalization of Malaysia’s elementary and secondary education is really exciting! Anyone who has gone to Malaysia’s public school will remember the heavy bags full of textbooks they had to lug to and fro, so it would be great for our students to be able to bring just a single tablet for all their education needs. However, it also raises a number of concerns, namely what would happen if people stole these tablets? Or they “somehow” went missing?

It would be great if there could be some way of encrypting these tablets or making the hardware useless even if the tablets were scrapped for spare parts, but that seems a bit too high-end for a school tablet (or maybe it could be a federal offense to trade in such tablets?). The chances for misuse or abuse are also high, but if it means that our students could get a faster entryway into IT we think the risk is worth taking.

Just, the implementation should be well thought out, especially if the extra billions of ringgit are being spent on these devices. We think it wouldn’t be a bad thing if more well-off parents could contribute towards an Android tablet for their own students, so that everyone gets a device of their own to use. 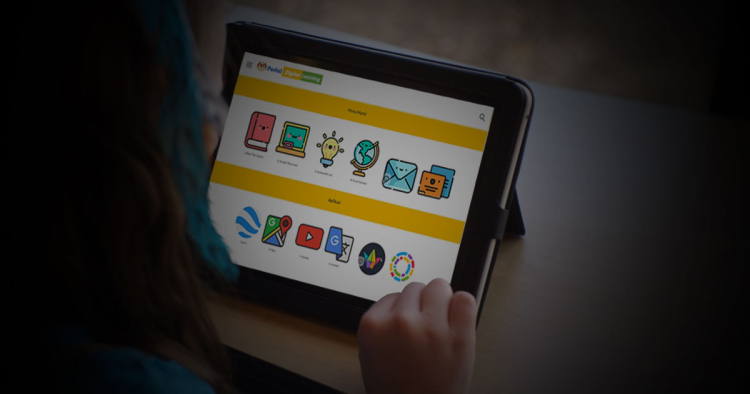 Being mobile hardware folk, we’re also concerned with the level of quality for these Android tablets or devices for students. Sure, you can get a cheap Android tablet for below RM100 these days, but not only are the displays for those tablets crappy enough that they may damage our students eyes but speaking from experience, they don’t last that long (most students aren’t known for being very careful).

So far, the only reasonable Android tablets we’d even consider for our students could be those from Samsung, Huawei, Honor, Acer, Xiaomi or Lenovo (ASUS have stopped bringing in tablets and Dell is a bit too enterprise). Or at least one of the more well-known brands to ensure better build quality. On the other hand, this could be a great CSR opportunity, especially if said devices showcase the level of quality for these brands as well (if they don’t, it could reflect very badly instead). Made for Huawei only?

Reading through the comments for the app, we found that there may also be device compatibility issues and our source said that another device running Android 8 wasn’t able to find it at all. A little fine tuning with the app should solve this issue though. However, do bear in mind that these aren't officially confirmed just yet, so do take it with a pinch of salt.

What do you think? Doesn’t this sound super exciting for our Malaysian kids and students? How would you suggest Malaysia’s Ministry of Education implement it? Let us know on our Facebook page and stay tuned to TechNave.com and thanks again Mr Anonymous!