Today, the latest Apple iOS 13 update has been released across selected Apple iPhones. The new operating system update is bringing a lot to the table, such as Dark Mode, an improved photo and video editing tools, reducing app download sizes and more.

According to the update, iOS 13 is said to launch apps twice as fast. Comparing with the predecessors, the Face ID unlocks up to 30% faster than before and the apps' size from the App Store have been reduced up to 50%. Keep in mind that some of the features may not be available for all regions, or on all Apple devices. 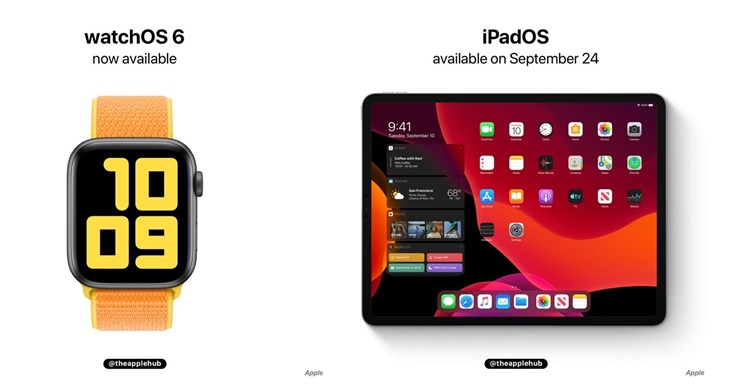 On top of that, the latest watchOS 6 is also available for the Apple Watch Series 3 and Series 4. The update will also be on its way for the Series 1 and Series 2 later this year according to @applehub where new faces, built-in apps, new Siri features, activity trends, new health apps and more will be introduced. iPadOS will be rolling out on 24 September 2019.

To learn more about iOS 13, you can check out our summary post right over here. Stay tuned for more Apple news at TechNave.com.