After a month of the last reported mysterious Meizu phone in China Compulsory Certification (3C), the news is back again but this time with an official name released by Meizu Vice President, Li Nan online. 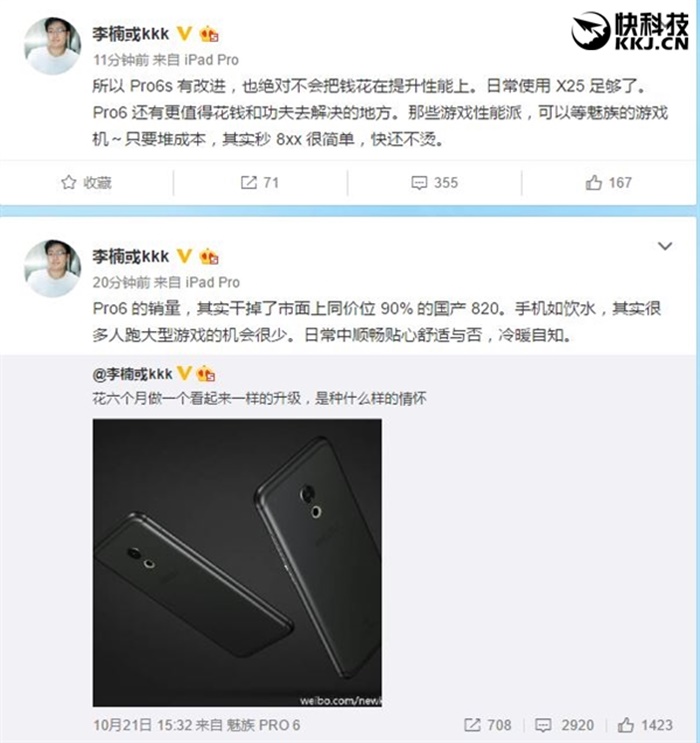 According to Li Nan's official post on Weibo, the new smartphone will be called the Meizu Pro 6s and will also feature a Mediatek Helio X25 SoC processor, shutting down previous rumours of adapting a Helio P20 chip. To add on to that, he also did not share his love for Qualcomm's Snapdragon chips as well.

Aside from that, the company's mCharge 3.0 technology will be featured in too. And an image of the Pro 6 and Pro 6s appeared in his post, but looks nearly identical, we guess the only difference is the display size.