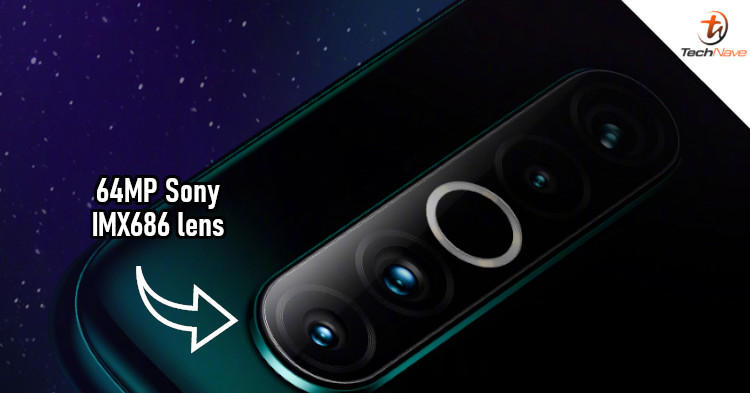 Earlier today, we had news that Meizu may be preparing to launch the new Meizu 17 smartphone next month. Meizu has been steadily releasing teasers for its upcoming flagship smartphone in the last few days and a new one has just appeared. The company has confirmed the spec for one of its rear cameras, specifically a 64MP main camera.

According to the official post, the Meizu 17 will sport a 64MP main camera that uses Sony's IMX686 sensor. This is one of Sony's latest mobile camera sensors and it's larger than its predecessor (IMX586), meaning higher resolution (64MP vs 48MP). It has also been confirmed that the component in the middle of the rear camera setup is a ring flash. 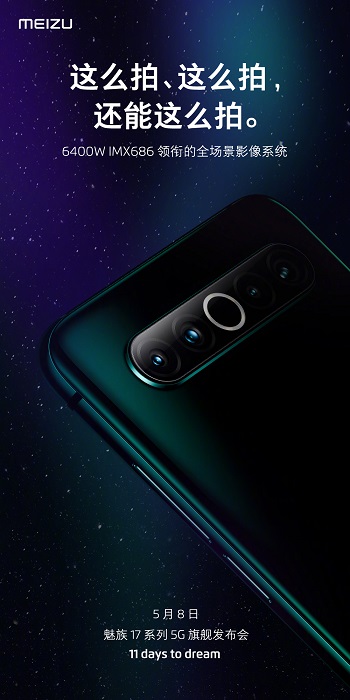 Besides the camera, we know from earlier that this device will have a Snapdragon 865 chipset, 90Hz display, and a large 4500mAh battery. Also, it'll support 30W fast-charging and UFS 3.1 storage, which guarantees faster read and write speeds to the internal storage. Not much else has been revealed, but you can expect it to have at least 6GB of RAM and 128GB of internal storage.

The Meizu 17 seems like it could be another good option for those looking to get a new flagship Android device. But having said that, will Meizu even sell this device in Malaysia? Let us know what you think on our Facebook page and stay tuned to TechNave.com for further updates.