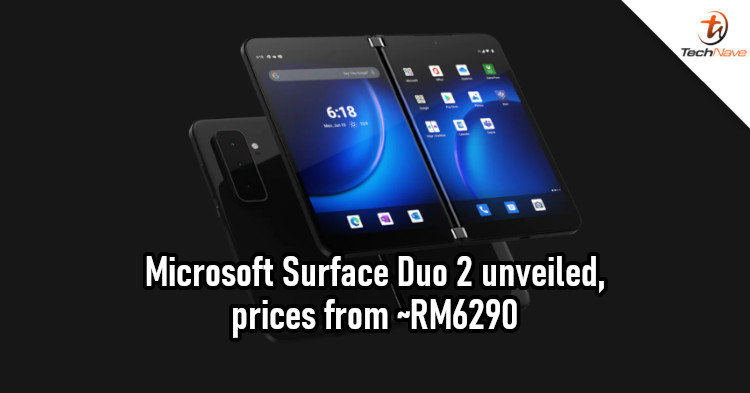 Earlier this month, Microsoft announced an event where it would launch a series of new products. This includes new Microsoft Surface laptops like the Surface Pro 8. But an interesting one would be the Surface Duo 2, which is a major improvement over its predecessor.

During the event, Microsoft showed off the new Surface Duo 2. It has a new hinge that promises to be more precise and reliable, while the displays are protected by Corning Gorilla glass. Moreover, it packs a Snapdragon 888 chipset, 8GB of LPDDR5 RAM, up to 512GB of storage, and a 4449mAh dual battery. The AMOLED displays are also on this larger, unfolding into an 8.3-inch 2688x1892 resolution screen.

Besides that, the new model comes with a few notable upgrades. Unlike the original Surface Duo, this one comes with a triple-camera setup at the back. It consists of a 12MP main camera, 16MP ultra-wide camera, and a 12MP telephoto camera. Another new feature is the Glance Bar, which lets you check the time, battery percentage, and notifications without opening the device.

The Microsoft Surface Duo retails from USD 1500 (~RM6290) and is expected to be available on 21 October 2021. There's no news on whether it will launch in Malaysia, but we'll keep an eye out for updates on that. Until then, stay tuned to TechNave for more news like this.