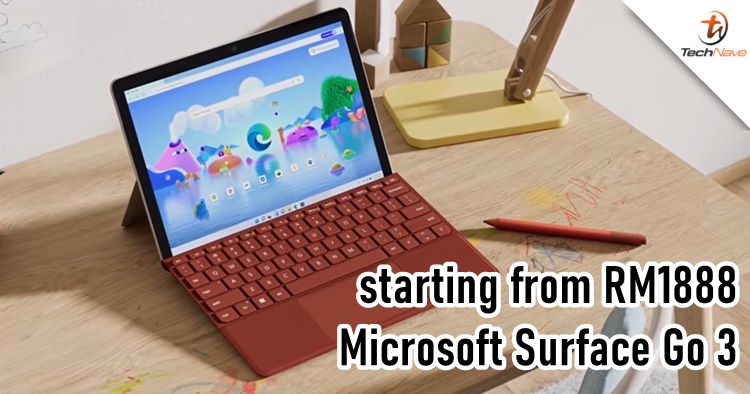 From the Microsoft Event, it was announced that the Surface Laptop Studio, Surface Pro 8 and Surface Duo 2 have a rather expensive price tag for each. If you're looking for something more affordable, then the new Surface Go 3 could be the one for you.

You can consider the Surface Go 3 to be an entry-level laptop. Similarly to the predecessor, it features the same 10.5-inch display in 2K resolution and comes in either Intel Pentium Gold 6500Y or Intel Core i3-10100Y processors. But other than that, sources say there isn't much change since it has the same camera, speakers, ports and measurements.

Like the rest of the new Surface products, the Surface Go 3 will have Windows 11 and its camera still supports Windows Hello facial recognition. There will be a Windows 10 Pro and Windows 11 Pro version as well, but the LTE versions aren't available just yet. Microsoft also said it supports Microsoft Pen Protocol and all-day battery life.

It's currently available for pre-order in selected markets at the starting price of $399.99 (~RM1675). If you ask me, it looks like a good tablet to have for Malaysians during this time but time will tell.

Both the Surface Go 3 and Ocean Plastic Mouse will be generally available from 5 October and will be available in the following configurations in Malaysia: