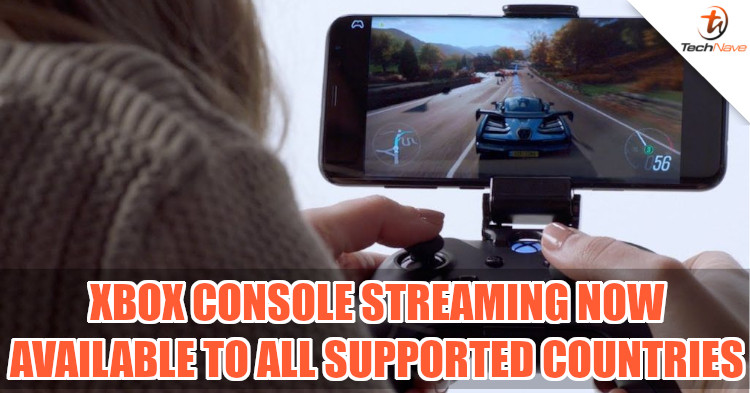 Games streaming is likely going to be a big thing this decade. Sony PlayStation has been doing it with Remote Play and PlayStation Now for a while, but other companies are trying to catch up. For Microsoft, there's the Xbox Console Streaming that was introduced in October 2019. Essentially, it's a new function that will allow those who own an Xbox One to play any games they own on their Android smartphone or tablet.

Xbox Console Streaming has been in testing to selected users from the Xbox Insider Program but now Microsoft is looking to increase the number of testers. According to TechSpot, any Xbox One owner living in supported countries will now be able to try out the streaming feature. To do so, you need to sign up to the Xbox Insider Program and then the Xbox One Update Preview. Once you have, you will need to download the Xbox Game Streaming app from the Google Play Store.

Of course, this service is not available in Malaysia, which is unfortunate for those who want to give this a try. But maybe a service like this could drive demand for the next-gen Xbox Series X and we could see it launched in Malaysia. One can hope, right?

Having said that, what are your thoughts on game streaming services? Would you rather play while comfortably sitting in your living room with a big TV? Let us know what you think on our Facebook page and stay tuned to TechNave.com for more news.