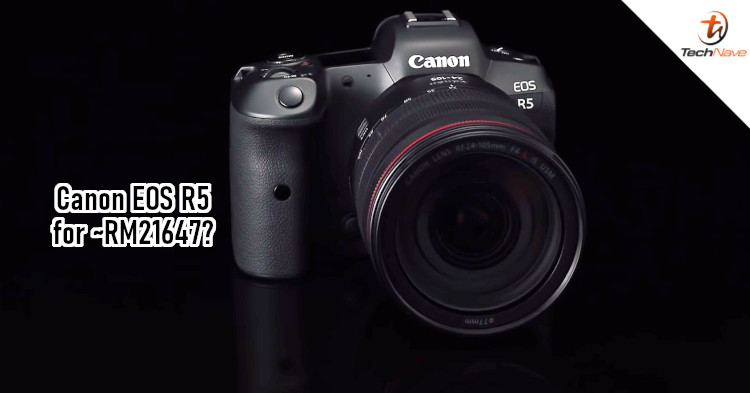 Not too long ago, a rumour of Canon getting ready to launch the EOS R5 and EOS R6 mirrorless cameras surfaced. Sources had claimed that the two cameras will be unveiled as early as July 2020. Now, more details of the EOS R5 have appeared, including its pricing and shipping window.

Allegedly, the people at Canon Rumors managed to source a price listing that contained the retail pricing of the EOS R5. On the list, Canon's upcoming premium mirrorless is listed as 4500 Euros (~RM21647). Mind you, this pricing is said to include the European VAT (Value-Added Tax), so the expected retail price could be different here. For reference, the EOS R (body only) retails for RM9888 in Malaysia.

Other than the price, it's believed that the EOS R5 could start shipping in early August 2020. That would mean it becomes available 1 month after the official unveiling. Of course, this doesn't mean that we could get the new camera in Malaysia that soon. But Canon has a strong presence and fanbase here, so the possibility is there.

Anyway, if the above pricing is true then the EOS R5 isn't a direct successor to the EOS R. Instead, it's more likely a successor of sorts to the EOS 5D Mark IV DSLR. Having said that, do you prefer DSLR technology for products at that level? Share your thoughts on our Facebook page and stay tuned to TechNave.com for further updates.