Smartphones with a 108MP camera sensor aren't exactly new, but they're mostly limited to flagships. Mid-range devices tend to come with a 64MP camera sensor, though that may change this year. This speculation surfaced due to a comment from Xiaomi yesterday.

Xiaomi's Lu Weibing hinted at the possibility in a Weibo post. He commented on how brands that used to have ToF cameras on their smartphones no longer add them in. This could be referring to Samsung, which removed the ToF sensor from its Galaxy S21 series. He mentioned that more new devices this year would feature camera sensors with 108MP cameras. 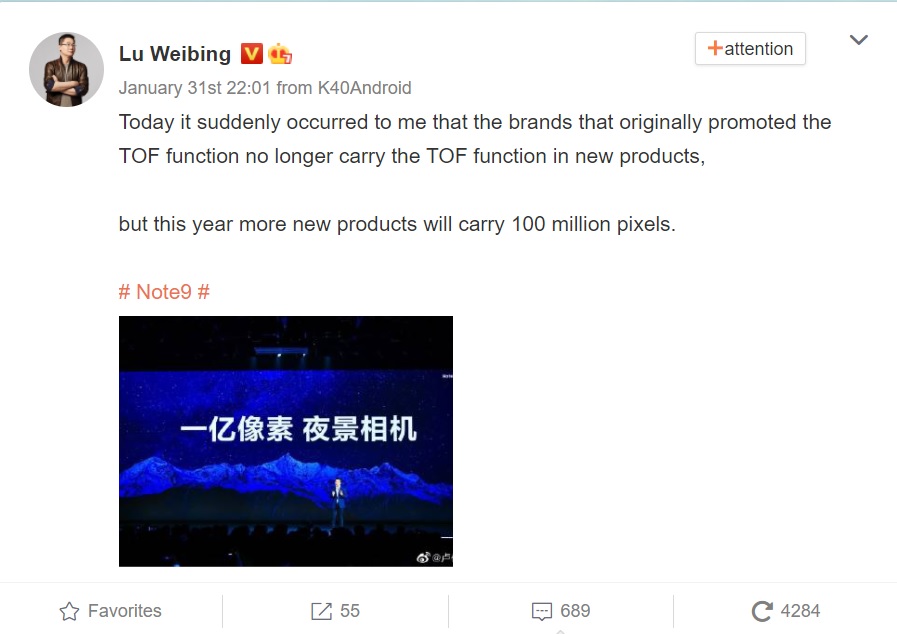 Since Lu is also the General Manager for the Redmi brand, he may be hinting at more Redmi phones with a 108MP camera. For instance, the Redmi Note 10 series expected to launch sometime this month could have a variant with that camera spec. The recently launched Chinese variant of the Redmi Note 9 Pro 5G also came with a 108MP camera, so we know mid-range phones are now capable of supporting that resolution.

Having said that, it's more likely for the upcoming Redmi K40 series to feature a model with a 108MP camera. If priced right, Redmi could make this its flagship killer series for 2021. But what do you think? Let us know in the comments below and stay tuned to TechNave for more updates on Xiaomi smartphones.