Current Location: Home > News > Most of Samsung Galaxy S22 will come in Qualcomm SD 898 instead of Exynos 2200 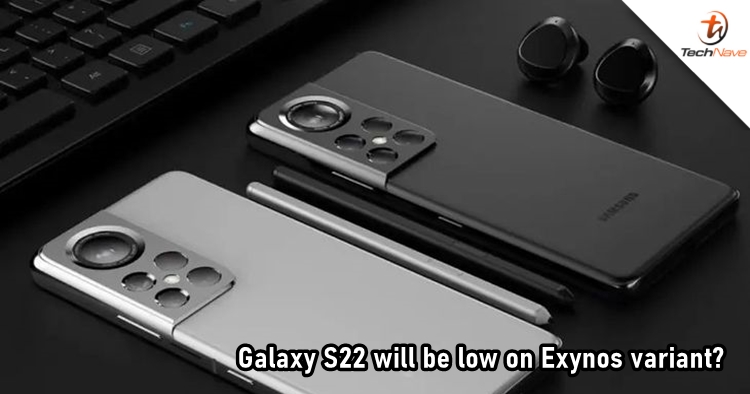 Some of you might be pretty excited about Samsung's upcoming Galaxy S22 series (we too!), as it will have the Exynos 2200 processor that brings AMD's graphics. Before release, reports also suggest that the Exynos 2200's graphics performance will surpass Apple's A14 Bionic. However, the latest report is here to disappoint by saying most of the Galaxy S22 will come with Snapdragon 898 instead.

According to the source, Galaxy S22 devices with Snapdragon 898 will be more widely available to customers. Due to the low yield and other mass production-related issues, the Exynos variant Galaxy S22 will only be available in few select regions across the globe. Therefore, if the country you're in is not "selected", you might need to work extra hard to get the Galaxy S22 with AMD's graphics performance. It's not surprising that Samsung is releasing two variants of the upcoming flagship series as the company has been doing it for the past years. Back then, most of us would prefer the Snapdragon variant over the Exynos due to performance issues. However, it seems that the table has turned for this round since the Exynos 2200 has been getting good reports with AMD's technology.

Are you team Snapdragon or Exynos for the Galaxy S22? Share with us on our Facebook page and stay tuned to TechNave.com for more smartphone news.