We reported earlier that Maxis might have plans to introduce a smartphone of their own, and it might will be made available from 3 March onwards. Well, looks like they had made it official! Maxis had just launched the device, which is called the NeXT M1, and it’ll be priced at RM78/month as a ready to use plan, which includes the device, calls minutes and data as a bundle. It looks like the NeXT M1 isn’t too mediocre after all! Maxis had just provided us with more details on the device. Here's the full specifications: 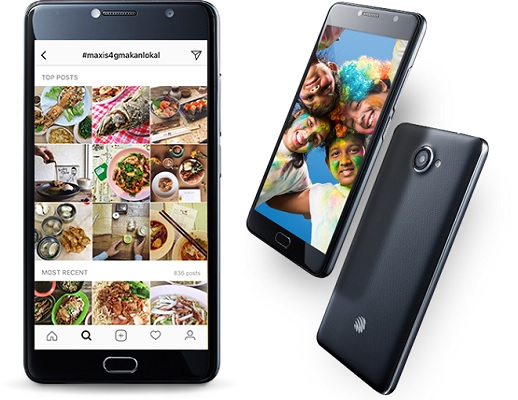 While the NeXT M1 seemed to pack some pretty decent mid-range hardware, the selling point of the device is its 24-month warranty with 1-to-1 instant replacement that seems to be the jewel of the crown here. The icing on the cake? 6-months screen protection! It covers any form of screen damage, such as hairline scratch, to even full LCD screen crack, but excluding liquid damage. For only RM78/month, the NeXT M1 comes with 4GB of data (2GB all-day + 2GB 4G Weekend) and 50 free call minutes, with zero upfront payment needed. Additional mobile internet passes can be purchases via MyMaxis app, which is priced at 500MB/day at RM5, 1GB/day at RM8 or 3GB/3days at RM12. The device will be available via the Maxis Online Store, all Maxis Centres as well as  Maxis Exclusive Partners beginning tomorrow, 3 March. For more info regarding the NeXT M1 all-in-one phone plan, do visit Maxis' website here.