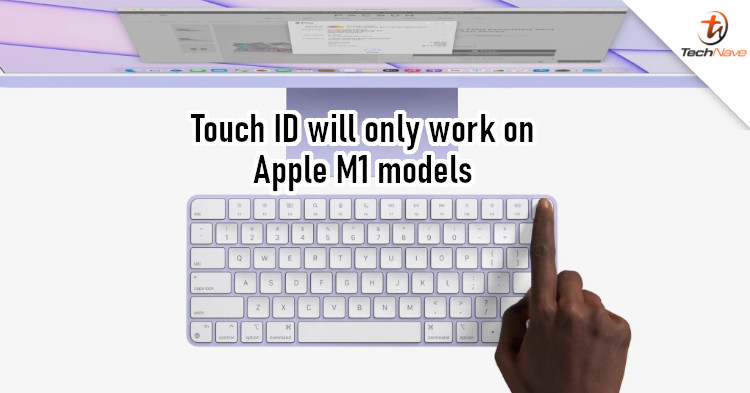 Did you stay up late to catch the Apple event? The company unveiled a bunch of new products, including a new iMac and Magic Keyboard. But if you're thinking of buying just the new keyboard, there's a caveat you need to take note of.

From what we understand, you can only get the new Magic Keyboard as a set with the latest iMac 2021 for now. Of course, you get it to work on other Mac devices like a regular Bluetooth keyboard. But according to Wccftech, the Touch ID will only work on Mac devices that are powered by the Apple M1 chip.

That's right, the Touch ID on the new Magic Keyboard won't work on Mac devices with Intel CPUs. The reason given is that the Intel chips don't have the Secure Enclave function, which is embedded in the Apple M1 chip. So while Apple might eventually sell the new keyboard separately, do note that you won't be able to fully utilise it on all Apple devices.

Mind you, that's not such a problem if you don't use Touch ID. Having said that, what do you think of the new keyboard so far? Do you prefer the smaller or variant with a Numpad? Let us know in the comments, and stay tuned to TechNave for more news like this.