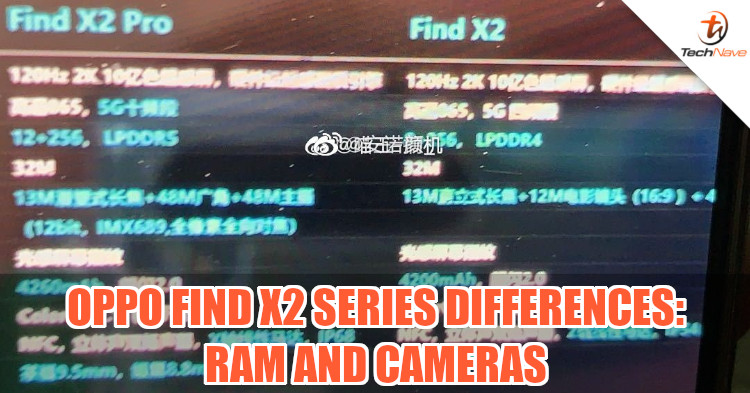 The launch of the OPPO Find X2 series leaks continue to appear ahead of the big reveal. We've seen bits and pieces in recent weeks, including one about the expected camera specs, maximum digital zoom, and even the chipset it uses. But this new leak is the first confirmation on the differences between the Find X2 and Find X2 Pro.

According to an image leaked on Weibo, the main differences between the two models are mainly the RAM and cameras being used for the respective models. The Find X2 comes with 8GB of LPDDR4 RAM and a triple rear camera setup consisting of a 13MP telephoto lens, 12MP lens, and 48MP main camera. On the other hand, the Find X2 Pro uses 12GB of LPDDR5 RAM instead, while its triple rear camera combines a 13MP periscopic lens, 48MP wide-angle lens, and 48MP main camera. 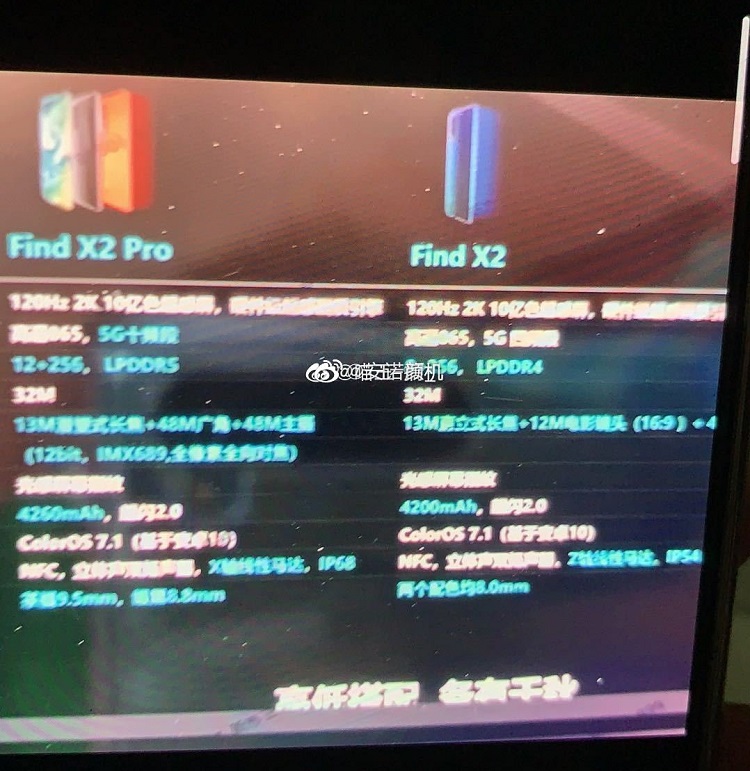 In terms of similarities, the two smartphones will come equipped with Qualcomm's latest Snapdragon 865 chipset, an under-display fingerprint sensor, and Android 10 OS running on ColorOS 7.1. In addition, both will feature the same 32MP front camera and 65W Super VOOC fast-charging.

The OPPO Find X2 series is coming real soon with an official unveiling of the device set for 6 March 2020, along with a launch for Malaysia on 10 March 2020. Having said that, is this the flagship device you would want for your next smartphone upgrade? Let us know on our Facebook page and stay tuned to TechNave.com for more news on the latest smartphone reveals.