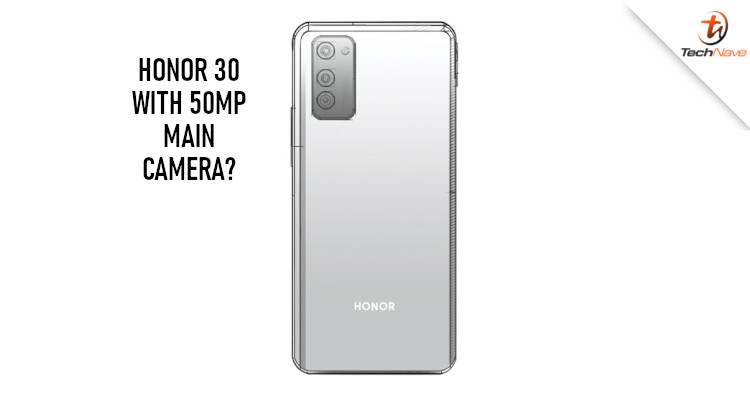 The launch of the Honor 30 series is expected to be in April 2020, which is when we'll likely see a new powerhouse of a camera phone for Honor. A few days ago, there was a leak that showed that the Honor 30 could be using a large camera sensor. Now, there's also a new leak that suggests it would be a 50MP camera like the one used on the Huawei P40.

Steve McFly (aka OnLeaks) uploaded a rough line sketch of the device and listed a few tech specs that he claimed were from inside sources. The image showed that the main camera of the Honor 30 will supposedly use a 50MP Sony IMX7xx series lens. Besides that, there would be a 12MP lens that we expect to be an ultrawide-angle lens, as well as an 8MP telephoto lens with 3X optical zoom.

So far, there's still no details on what chipset will be used here. But we think it could come with the Kirin 990 5G chipset, while a lite variant could use the Kirin 810 chipset instead. Mind you, that's just our speculation so do take it with a grain of salt.

Honor seems to be looking to have the Honor 30 excel in photography, so it'll be interesting to see how it fares against the competition in 2020. Having said that, would you consider getting this device for the larger camera sensor? Let us know on our Facebook page and stay tuned to TechNave.com for more news.