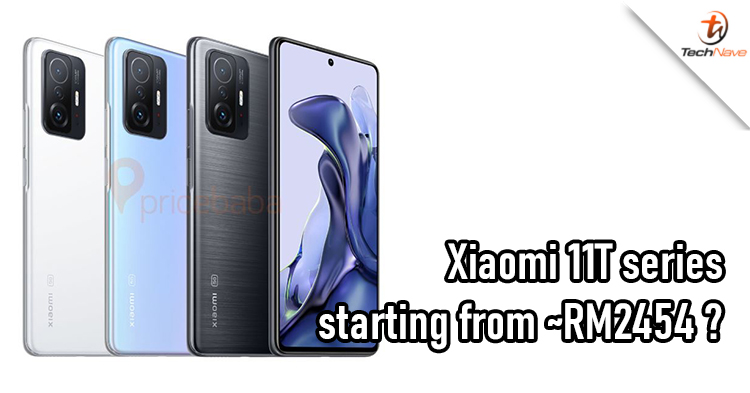 A week ago, Xiaomi had confirmed that the Xiaomi 11T series will be revealed on 15 September. Here, we spotted a price tag leaked of the 11T and 11T Pro before it is launches.

According to sources, the 11T that features 128GB of internal storage will come with a price tag of CNY3798 (~RM2454). As for the 11T Pro, the starting price will be CNY 4940 (~RM3192). Speaking of tech specs, the company announced there are three-year OS updates and four-year security updates for the new flagship. Both devices are expected to be equipped with a 108MP main camera and 120Hz refresh rate.

Well, let us sit back, relax, and wait for the official announcement. What do you think about the price tag? Let us know in the comments below and be sure to stay tuned for more tech news on TechNave.com.