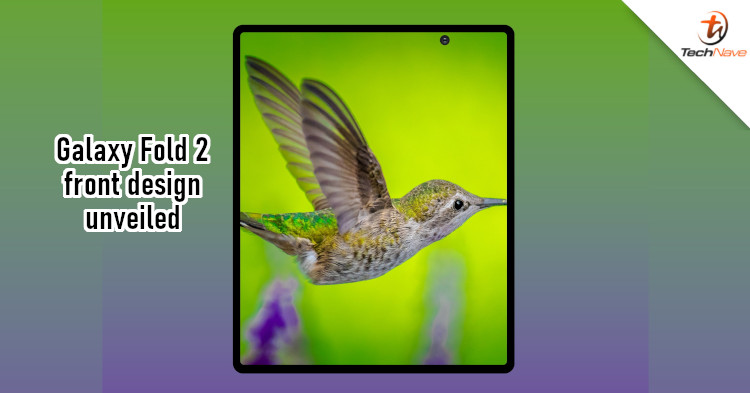 Those who've seen the first generation Galaxy Fold from Samsung would remember the large cut-out it had for the front camera. But if a rumour is to be believed, the company has done away with it for the Galaxy Fold 2. Based on a new render that has been released, the foldable could sport a punch-hole instead.

The new render was posted by Ice Universe and it showed the front of the Galaxy Fold 2 when unfolded. You can see that this time around, Samsung went with a small punch-hole on the right-half of the device for the camera. With this design, many expected the camera to be placed on the far right corner of the display. However, it's placed at the centre of the right-half instead, perhaps to make room (inside the chassis) for the rear camera modules.

At first, I thought the hole location was strange, but then I thought about it carefully. This might be the most suitable location. pic.twitter.com/r0PBtQGkhl

Speaking of the display, the Galaxy Fold 2 is supposedly going to sport a 7.7-inch screen (when unfolded), compared to its predecessor's 7.3-inch. It's also supposed to have a max refresh rate of 120Hz. Besides that, reports have mentioned that the large device won't be getting an S-Pen like many hoped, which is quite disappointing.

So, what do you think of the render revealed here? Is there a different design that you have in mind? Let us know on our Facebook page and stay tuned to TechNave.com for more updates on this.