After a year, the long-awaited next-gen folding smartphone from HUAWEI is finally going to be launched. Today, a teaser poster of the HUAWEI Mate X2 has appeared confirming something that has been rumoured for a while.

According to the poster, the HUAWEI Mate X2 will be sporting a new design that allows the screen to be folded inwards. Unlike the previous Mate X, it is folded outwards and results in the display being on the outside. Besides hinting at the design, a quote from Albert Einstein was printed at the bottom. 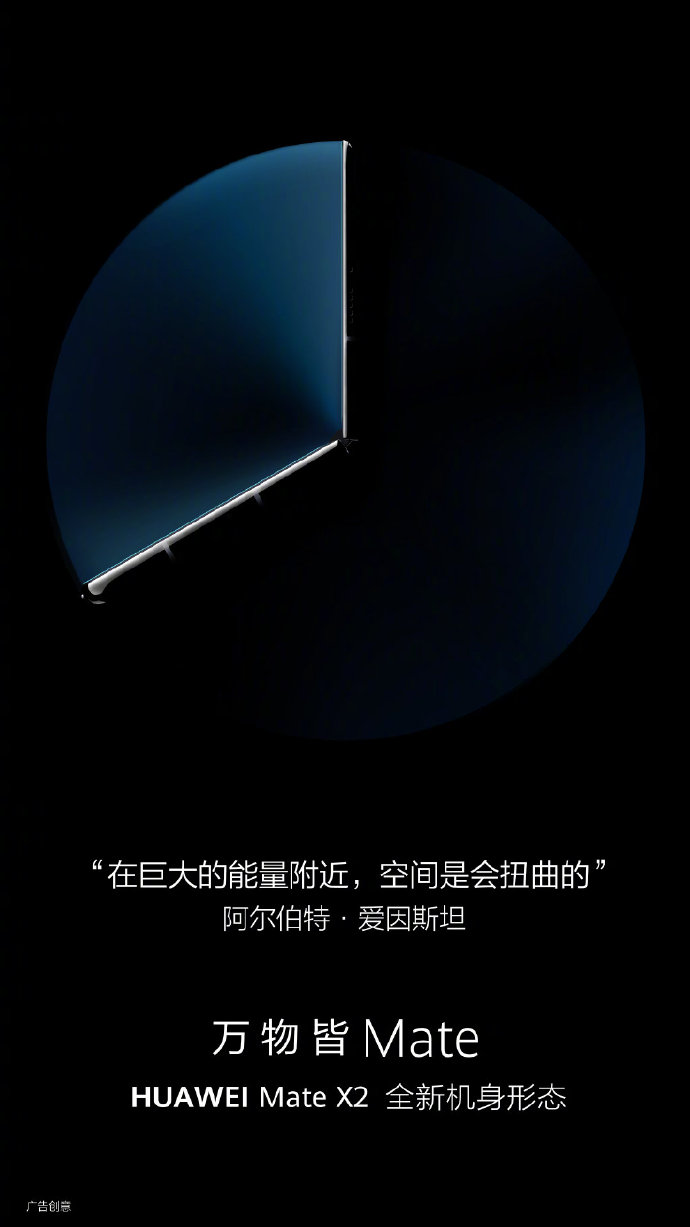 It has been confirmed that the Mate X2 will be launched on 22 February. The folding device is expected to feature an 8.01-inch main display and a 6.45-inch external display that have a resolution of 2480 x 2200 and 2700 x 1160 respectively. It may also sport HUAWEI’s latest Kirin 9000 chipset with a Leica quad-camera of 50MP main camera, 16MP ultrawide angle lens, 12MP telephoto lens, an 8MP portrait lens, and a periscopic lens that supports up to 10x hybrid optical zoom. As for the battery, it could come with a 4400mAh one.

Let us know if you're excited about the launch on our Facebook page. Stay tuned to TechNave.com for more HUAWEI news.