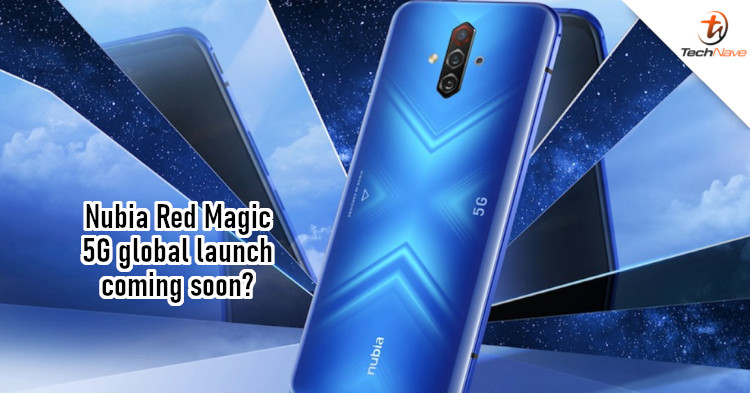 Back in April, Nubia introduced a mid-range gaming smartphone that had quite an impressive list of specs. It was released in China as the Nubia Play 5G and offered a more modest and affordable device compared to the flagship Red Magic 5G. Normally, Nubia isn't officially available in most countries, but it seems like the company is rebranding the Play 5G as the Red Magic 5G Lite and may release it globally.

The info was uncovered from the Global Certification Forum (GCF) and the Eurasian Economic Commission (EEC) by Sudhanshu. In both certifications, you can see that the device is listed as the Nubia Red Magic 5G Lite. While it doesn't include info on the global launch date, the appearance of certifications tends to indicate that the launch date isn't far off. This is just a guess, but we think that the device could launch in June 2020.

If the device is indeed a rebranded Nubia Play 5G, then it's going to be house a Qualcomm Snapdragon 765G chipset. Additionally, it should have up to 8GB of RAM, up to 256GB of internal storage, and a large 5100mAh battery. The display is going to be one of the selling points too, with a fairly large 6.65-inch Super AMOLED screen that has a 144Hz refresh rate.

The Nubia Play 5G retailed in China for at least 2399 yuan (~RM1437) at the lowest spec. However, the global Red Magic 5G Lite variant could have some minor differences in specs and price. Also, there's no confirmation of which countries will be getting the phone yet, so bear that in mind.

But with that said, would you buy this phone if it launches in Malaysia? Let us know on our Facebook page and stay tuned to TechNave.com for more news.