Nubia Red Magic 5S will be launched on 28 July 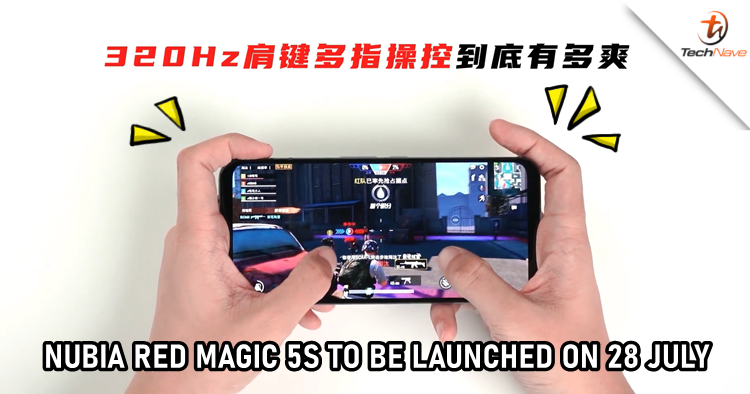 The news about the successor of the Nubia Red Magic 5 has been popping up on the Internet recently. Other than featuring the latest Qualcomm Snapdragon 865+ chipset, the Red Magic 5S is also confirmed to have its cooling plate made of silver for better cooling performance. Finally, it has now been revealed that the device will be launched in China on 28 July.

The Nubia Red Magic 5S is expected to have the same design as the previous Red Magic 5 but sporting more powerful internals. With the Snapdragon 865+ chipset onboard, the device will bring a 10% overall improvement in CPU and GPU performance with a max CPU clock speed of 3.1GHz. Other than the chipset, the Red Magic 5S would also come with upgraded touch-sensitive buttons on the side with a 320Hz touch sampling rate. Nubia has confirmed that the device will have a 144Hz refresh rate display that comes with a 240Hz touch sampling rate, just like its predecessor. This is indeed a month for gaming smartphones with ASUS and Lenovo launching their own gaming devices with the Snapdragon 865+ chipset as well.

Let us know what you think about the Nubia Red Magic 5S on our Facebook page. Stay tuned to TechNave.com for more exciting smartphone news.