Last month, OPPO had unveiled the Reno6 series includes the OPPO Reno6, Reno6 Pro, and Reno6 Pro+ in China. Here we found that the company is working on a new smartphone which is the OPPO A16 (model number CPH2269) and it might replace the OPPO A15 from last year.

According to sources, the device was spotted on Geekbench and it will come with a MediaTek Helio G35 chipset, 4GB of RAM, and runs Android 11. On the other hand, it was also found in the FCC listing that the device might be powered by a 4980mAh battery and running ColourOS 11.1 UI. 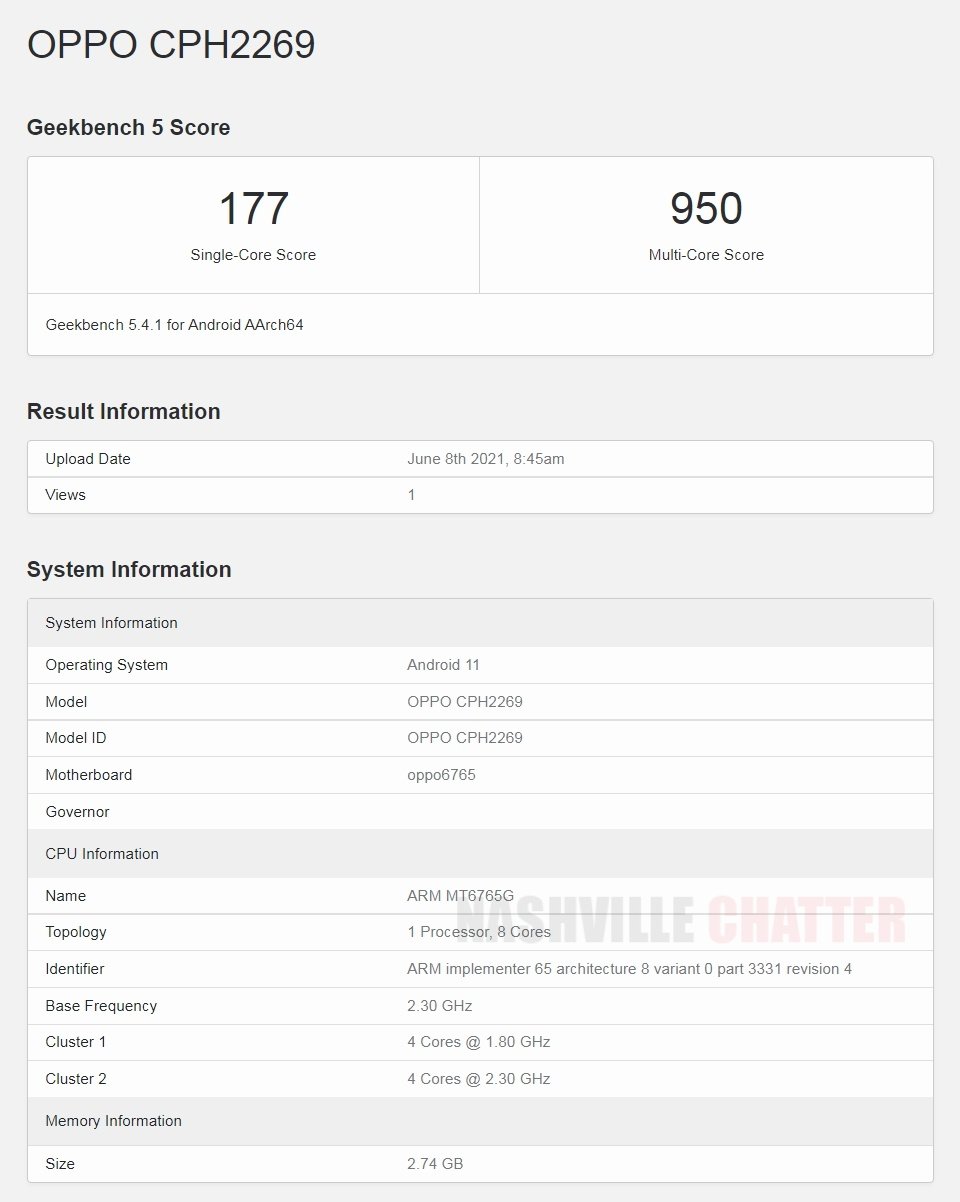 The OPPO A16 (model number CPH2269) spotted on Geekbench

The device is also expected to support 4G connectivity, Bluetooth, dual-band Wi-Fi, and a side-mounted fingerprint scanner. Well, let us just sit back, relax, and wait for the official announcement. OPPO fans, are you looking forward to the OPPO A16 launching in the Malaysian market? Let us know in the comments below and be sure to stay tuned for more tech news on TechNave.com.