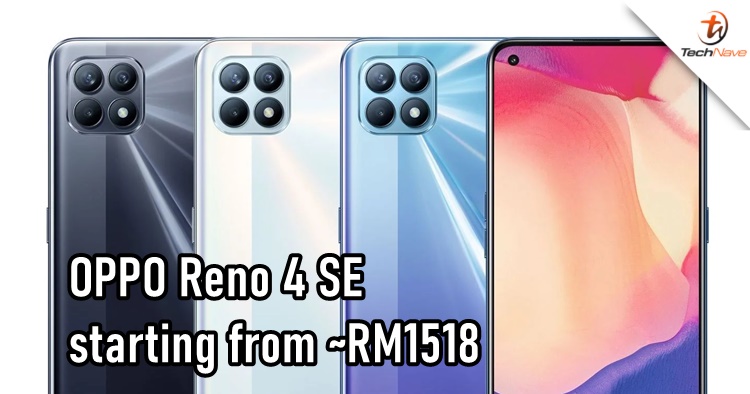 Last week, there were already posters of the OPPO Reno 4 SE appearing and it seems that the phone has quietly launched in China. So what are the differences from the Reno 4 and Reno 4 Pro? Well, here's what you need to know about the phone.

Starting with the basics, the Reno 4 Pro features a MediaTek Dimensity 720 chipset, 8GB of RAM, and up to 256GB UFS 2.0 internal storage. The AMOLED display measures 6.43-inches, supporting up to 60Hz refresh rate only (which is fine, most apps don't pass that mark) and a 180Hz touch sampling rate. The display's aspect ratio is also 20:9 and supports 100% sRBG as well as an in-display fingerprint scanner. 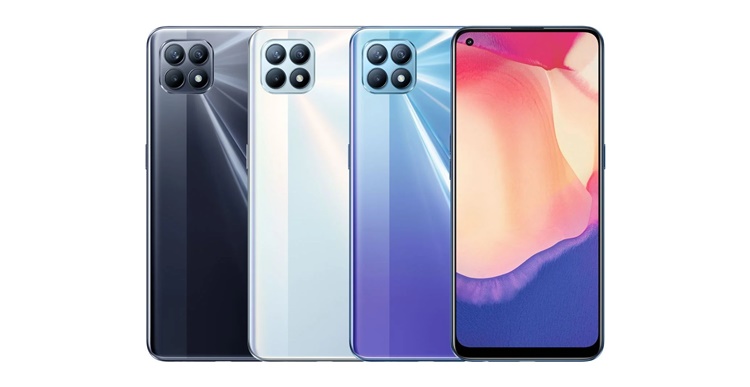 For the cameras, it packs a 32MP front camera as a punch-hole instead of a notch. You can also see a triple rear camera that consists of a 48MP (main) + 8MP (ultrawide) + 2MP (macro) and an LED flashlight in a square-shaped box design. Like its Reno 4 brothers, the Reno 4 SE also have some camera modes like pro mode, portrait mode, night scene mode, and slow-mo video recording with 1080p@120FPS or 30FPS. Lastly, the 4300mAh dual-cell battery pack (which means two 2150mAh each) lies inside with 65W SuperVOOC 2.0 flash charging technology.

There are two memory variants for the Reno 4 SE which are 8GB + 128GB and 8GB + 256GB, and these two phones are priced at 2499 Yuan (~RM1518) and 2799 Yuan (~RM1700) respectively. We aren't sure if OPPO Malaysia plans to bring in the Reno 4 SE into the Malaysian market or not so we will just have to wait and see. Should they import it or just let it be? Let us know in the comments below and stay tuned for more trending gadget news at TechNave.com.