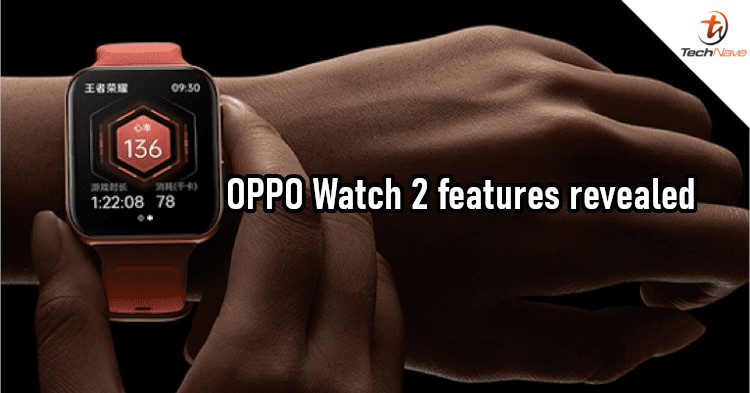 Earlier this week, OPPO confirmed that its new OPPO Watch 2 will launch on 27 July 2021. There's a lot we don't know about the watch yet, though the design has already appeared on online retail sites. Now, we also get a glimpse of some features.

As revealed by Evan Blass, the OPPO Watch 2 will feature on-watch navigation, phone call support, and heart-rate monitoring. This means that the smartwatch will come with a GPS tracker, heart-rate sensor, and possibly eSIM support. It should be noted that the previous OPPO Watch also came with an eSIM slot in China, but lacked one in the global version.

Besides the features, the images also show us how the watch would look like when worn. Moreover, we can now confirm that there will be three colours available - black, blue, and orange. Previous reports also suggest that it will come with a secondary Real-Time OS, which will help extend the battery life.

With the launch just 2 days away, we'll probably get an official announcement from OPPO on Weibo very soon. So for more updates on the smartwatch, do stay tuned to TechNave.com.