OPPO Watch announced, to be launched alongside OPPO Find X2 this Friday 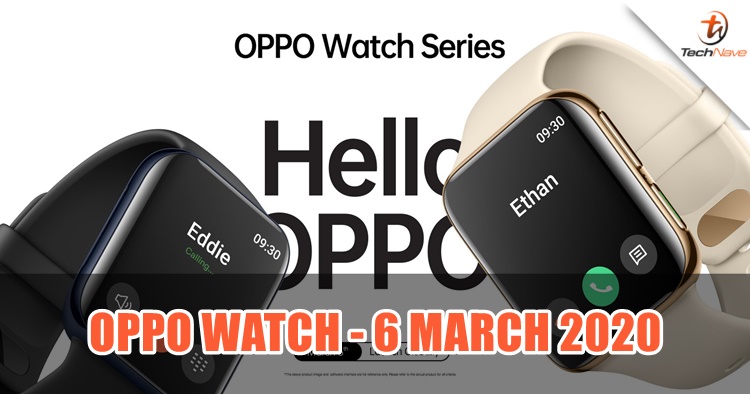 A few days ago, we saw some leaks of a new OPPO Watch that was floating around online. It does sure look very identical to the Apple Watch series and we hope that won't be the case but alas, OPPO has officially announced the OPPO Watch and it will be unveiled together with the OPPO Find X2 launch event on 6 March 2020.

There isn't much information about the OPPO Watch but what we do know that it has the ability to make network calls, as well as sending a message if you can't take their call. Another distinct feature is how similar it looks to the Apple Watch series, but it doesn't have the digital crown as it solely relies on two physical buttons. The display seems to be curved as well to the sides as a 3D glass.

It's time to say hello to #OPPOWatch.

Unveiled at the #OPPOFindX2 Launch Event March 6, 10.30am CET. pic.twitter.com/IwbOJnHoyg

Here's another look at the forthcoming OPPO Watch. The curved screen and 3D glass will be a game changer. pic.twitter.com/ozbl9BXNZq

The OPPO Watch will likely make an appearance at Malaysia's local launch of the OPPO Find X2. Stay tuned for our official coverage news at TechNave.com.