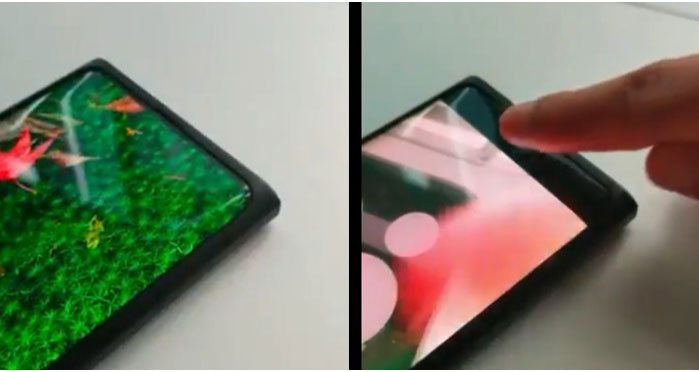 It looks like notches and cutout display will be a thing of the past. OPPO took to Twitter to show off their prototype of what could be the first working notchless under-display selfie camera in the world.

The tweet detailed that the device will feature the “perfect, notchless smartphone screen experience”. Over on Weibo, OPPO Vice President mentioned that the under display selfie camera is still in its very early days. He also said that it is difficult for under-display cameras to achieve the same results as normal cameras and to expect some loss in optical quality.

For those seeking the perfect, notchless smartphone screen experience – prepare to be amazed.

You are taking a very first look at our under-display selfie camera technology. RT!  pic.twitter.com/FrqB6RiJaY

Today is a good day, Xiaomi showed off the screen camera technology! A hidden camera was installed on the Xiaomi Mi 9 to achieve a self-portrait that looks good. pic.twitter.com/NJVGtWMvsC

Due to this fact, there is no date as to when this camera would be mass produced and what smartphone would be utilizing this. On another note, Twitter user IceUniverse has also leaked a teaser video showcasing a comparison between a dewdrop notched device against a Xiaomi smartphone that comes with an under display camera module similar to that of OPPO’s implementation displayed above.

As of right now, Samsung and vivo are both working on their own under-display selfie camera technologies but none have demonstrated their prototypes yet. Previously, a popular leaker had predicted that OPPO may be releasing their under-display selfie smartphones this year. Are you looking forward to the absolute true infinity display? Keep up with the latest tech news on TechNave.com!