OPPO's first smartwatch was revealed back in March but it was only available in China. Now, the chance for us to get the product is getting bigger with a global launch event for the smartwatch being held today. Other than being OPPO's first smartwatch, the global variant is also the company's first Wear OS device. Let's come take a look at what the global version OPPO Watch has to offer!

The OPPO Watch is powered by Qualcomm Snapdragon Wear 3100 chipset and an Ambiq Micro Apollo3 co-processor that will help with extended lifespan and longevity. It also comes with only one storage configuration which is going to be 1GB of RAM and 8GB of internal storage. As it runs based on Google's Wear OS, the smartwatch will support various Google services including Google Fit, Google Pay, Google Assistant, and more. 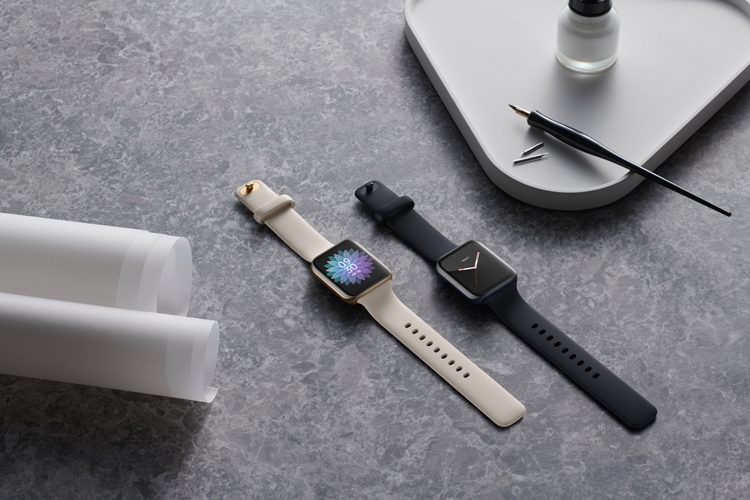 The smartwatch will come in two variants which are a 41mm model and a 46mm one. Starting from the 41mm model, it has a 1.6-inch squared AMOLED display with a 320×360 pixel resolution at 301ppi. Other than that, it also houses a 300mAh battery that could last about 24 hours or up to 14 days with power-saving mode turned on.

As for the 46mm model, it will have a 1.9-inch 402×476 pixel AMOLED display at 326ppi and has a maximum brightness of 1,000 nits. Compared to the 41mm model, it has a larger 430mAh battery that could last about 30 hours when in "Smart Mode" or even up to 21 days thanks to the power-saving mode as well. It will also come with extra LTE connectivity which the 41mm model doesn't include. Both models will support OPPO's SuperVOOC flash charge technology by going from 0% to full within 75 minutes using the magnetic pin charge brick.

The OPPO Watch will come with aluminum alloy frames with the 46mm having a ceramic backplate. Removable straps are also avalaible with leather, silicone, and rubber options if you get bored of the original one. For the price, the 41mm OPPO Watch starts at 229 Euro (~RM1,147) and will be available in Black, Pink, Gold, or Silver. Meanwhile, the 46mm model is selling at 369 Euro (~RM1,848) with only two colour options which are Black and Gold. It is unsure when will it come to Malaysia, but a "global launch" means it might come soon!

Let us know what you think about the OPPO Watch on our Facebook page. Stay tuned to TechNave.com for more interesting tech gadget updates.