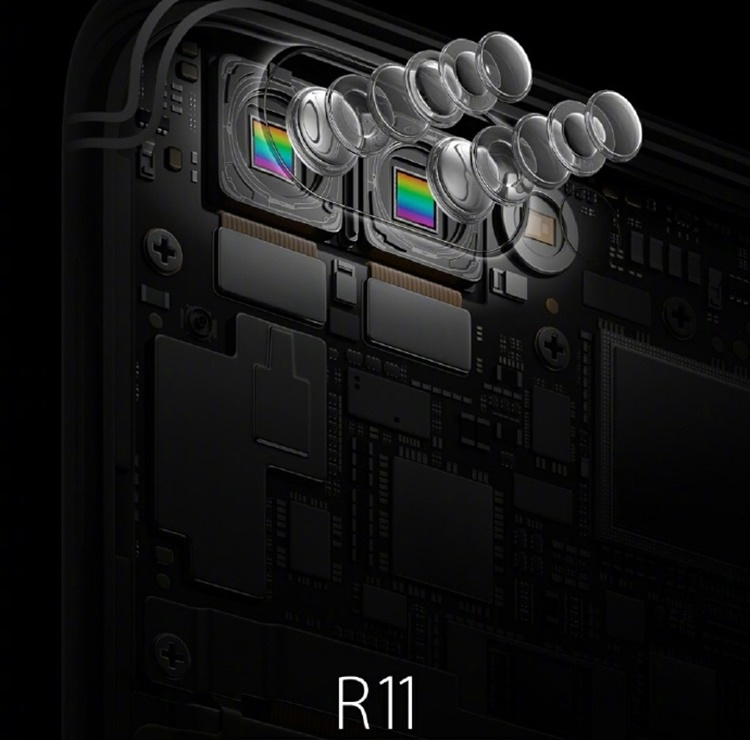 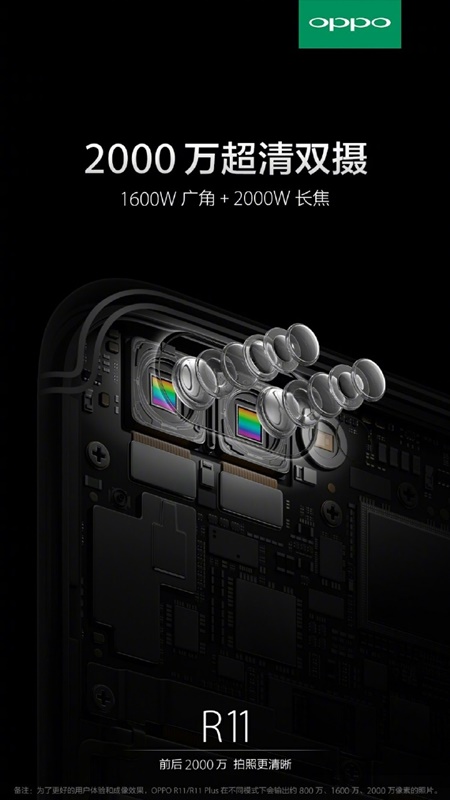 According to the teaser from Weibo, the dual rear camera sensors are set to be 20MP + 16MP instead of 20MP + 12MP. The front camera also turns out to be 20MP, not 16MP. That being said, the rest of the tech-specs from AnTuTu seems to be in order with Snapdragon 660, 4GB RAM and 64GB ROM. Another thing that was spotted in the teaser is the 2X lossless zoom technology, as the name implies, the lossless zoom eliminates the noise in the background when zooming in. We aren’t sure about the 10X zoom that it has, but for now the 2X lossless zoom seems good enough. Rumours also have it that the dual rear camera setup will have a special Portrait mode.

Are you looking forward to the R11? Because we are mostly because of the new camera technology. Stay tuned for more OPPO news at TechNave.com.