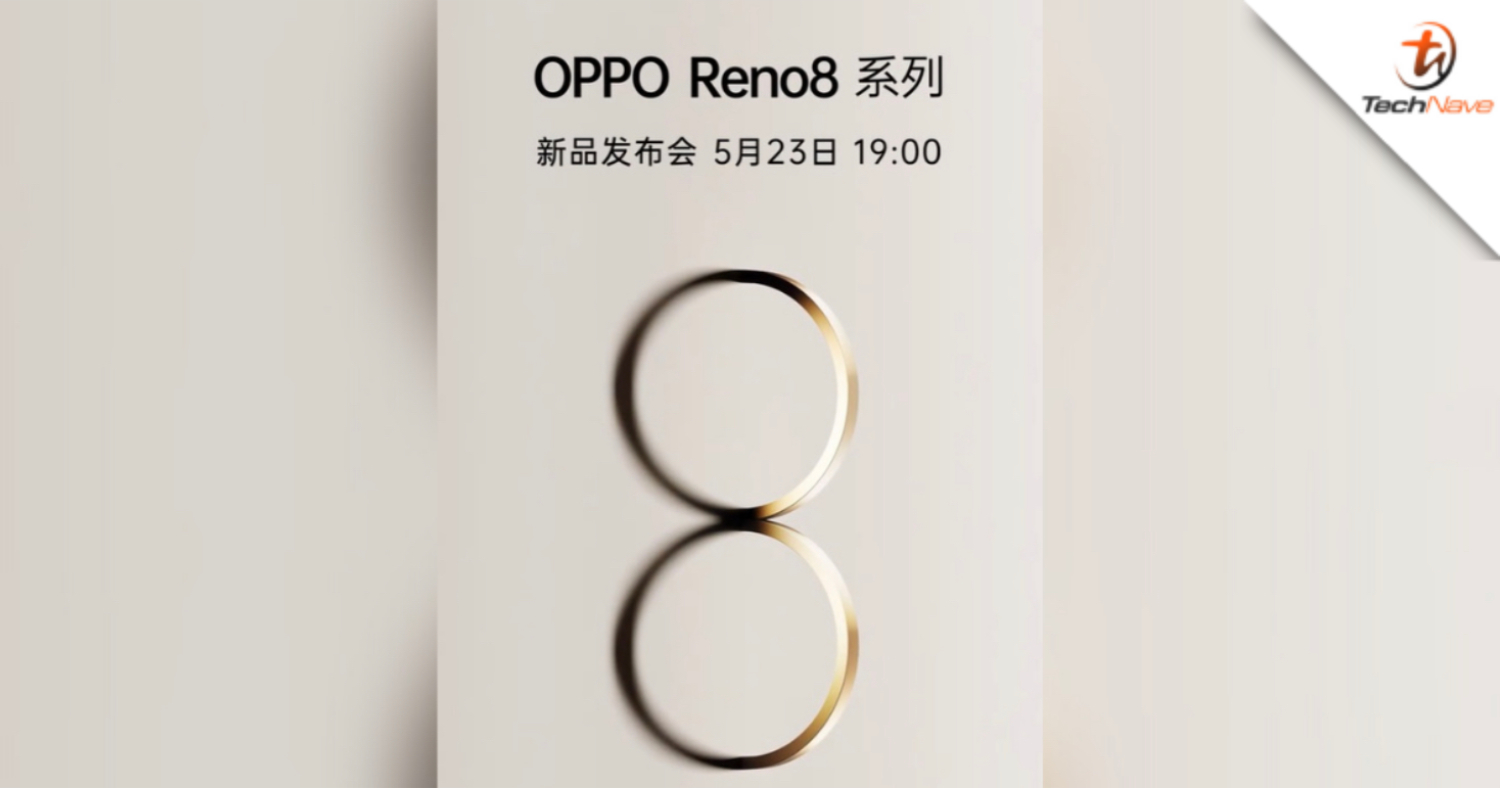 The OPPO Reno8 has been in the rumour mills for some time now and today, OPPO finally announced the official release date for the smartphone. Taking to its Weibo account, the company revealed that its latest mid-range device will be launched on Monday, 23 May 2022 at 7pm in China.

In the post, OPPO shared a short teaser trailer of the launch event with emphasis on the number 8 and a gold and silver-ish colour scheme. Well, it does makes sense given that the smartphone that will be launched is the Reno8. In the Weibo post, OPPO shared a short teaser trailer of the launch event with emphasis on the number 8 and a gold and cream white colour scheme. Well, it does makes sense given that the smartphone that will be launched is the Reno8. As for the colour schemes, it may as well be the colours available for the smartphone.

Not much detail was given in the post other than a cryptic message saying that the new Reno would be your new ‘core’ friend. However, according to alleged leaks previously, the smartphone may well feature the new Qualcomm Snapdragon 7 Gen 1 chipset; the first on any smartphone.

We previously reported on how the Reno8 was allegedly spotted on Geekbench 5 which details the device’s potential specification. Having the model number PGAM10, the Geekbench 5 listing claimed that it will pack the Snapdragon 7 Gen 1 alongside 8GB of RAM.

However, do take this information with a grain of salt as nothing is confirmed as of yet. Well, we’ll just have to wait until 23 May to find out whether these specs are true or not.

So, what do you guys think of the upcoming Reno8? Share your thoughts with us in the comments below and stay tuned to TechNave for the latest trending tech news such as this!